When Jason (my now husband!) first presented me with the idea that we should hire a company to come up with meals for us, shop for us, measure them out to represent only the small amounts that we need, and mail them in a cooled box along with recipes and wine suggestions, my first thought was that he was crazy. How much more insulting could my then husband-to-be be? Did he not know that he was about to marry the most amazing cook he has ever dated?

Then there was this thing called wedding approaching at an unexpectedly high speed, and before I knew it, we had our first Blue Apron box sit on our front porch, waiting for us to adopt it into our home.

My initial thoughts were still negative. Being German and all, I have of course been brainwashed with the idea of having to recycle all and everything. From what I could tell, the Blue Apron's packaging just seemed like an excessive amount of non-sense material, neatly containing enough food for 6 little meals, almost making me feel guilty. (Since that time, the packaging has gotten noticeably more efficient.)

Once we started cooking our first Blue Apron meals, I quickly started becoming a fan. Originally I thought that a company that tells me what to cook and pretty much when to cook it, would be stealing all of my creativity. But instead I felt shockingly relieved, had I not a million other wedding-related things to drain me of my creativity. I would go as far as to say that I even felt inspired. This weekly delivered box gave me a weird kind of freedom during the most stressful time of my life so far.

Blue Apron really does one thing well: put a good variety of unheard of ingredients in front of you and show you exactly how to incorporate them into a meal that makes tasteful sense. The one thing (I thought) that it didn't do so well, was to inform me of all the ways to zest a lemon without zesting it, or how to make garlic paste without using a garlic press (an oh so common tool in Germany, by the way, that I suppose is almost unheard of here?). After a while, Blue Apron and I warmed up enough to each other to anticipate such miscommunications, and I just learned how to speak the Blue Apron language and zest and press when I needed such alternative yoga pose.

While Blue Apron and I's yummy journey will be coming to an end this week, I must say it's been one of the most insightful culinary encounters I have had in a while. But I also truly believe that Blue Apron helped me survive the last few months leading up to my wedding.

Prost & look out for those castle wedding photos coming soon! 🙂 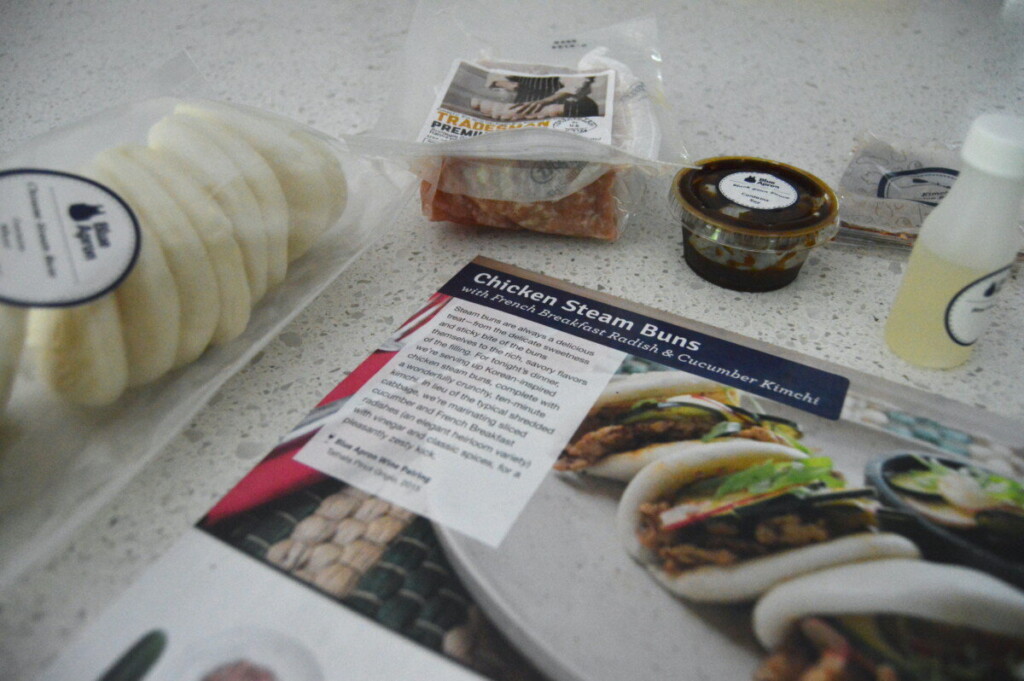 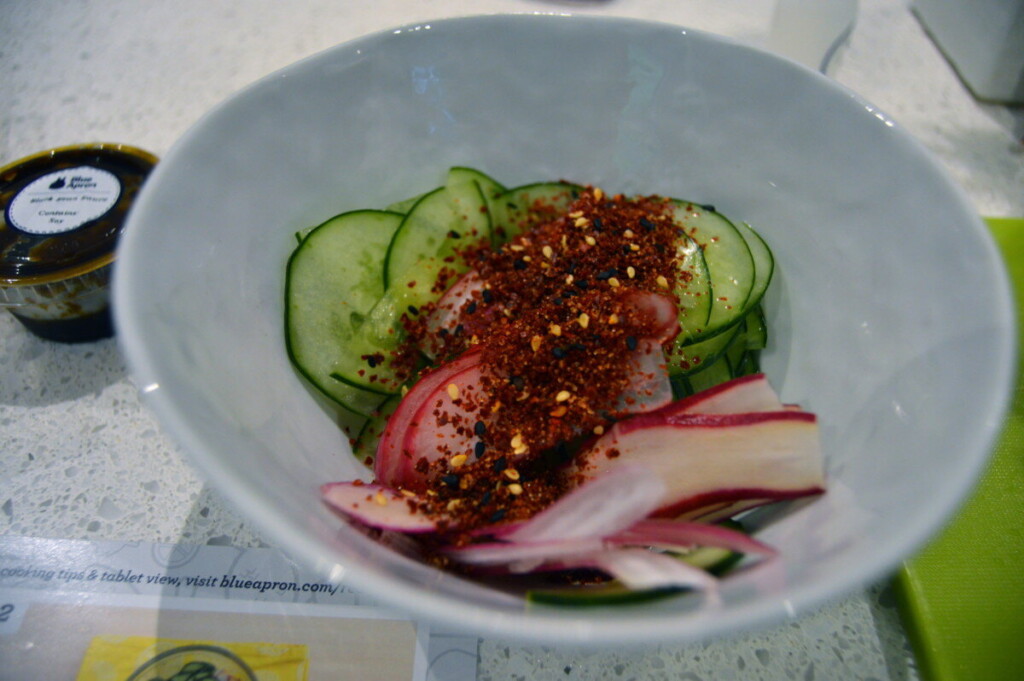