To say the least, a streusel is really just a fancy word for crumbles! Crumbles just don't sound so cool. But I am so grateful that the amazing country of the United States of America chose to integrate the word streusel in the American English language along with other great German words such as Kindergarten and Gesundheit, making it much more authentic for those of us with real German heritage to express ourselves in this big muddled cocktail of different ethnicities and backgrounds!

Streusel is kind of like me... there is nothing it can't do! ;D

So as many of you know, I grew up in the wonderful land of Germany (I moved to the US when I was 20), where people set a high value (and along come high expectations) for afternoon cake and coffee time (usually around 3 p.m. or 15 o'clock!). On the weekends, my family will often come together to celebrate birthdays, and what my immediate family (parents and sister) is naturally talented at is consistently showing up late. At some point my aunts and uncles caught on (but it took them years!) and communicated only to my direct family that we would meet a half hour sooner than anybody else was told... Yes, punctuality is a typical German thing, but my parents weren't given those genes and my twin sister (Yes I wrote TWIN! We're fraternal - I hate that word!) and I have been working hard at forcing this trait into our systems.

Once everyone showed up, we will immediately sit down for cake and coffee (and sometimes tea), and everyone is usually bringing some kind of baked goodness to brag about (I would usually be the responsible one for our direct family contribution). One of my favorites is my aunt's quark and mandarin orange cake (I will need to figure out how to make my own quark soon because that cake is simply amazing and quark is just too expensive to buy in this country!). But I also love German baked cheesecake (also made with quark!), red wine pear cake (recipe to come soon!) and finally anything with streusel of course! 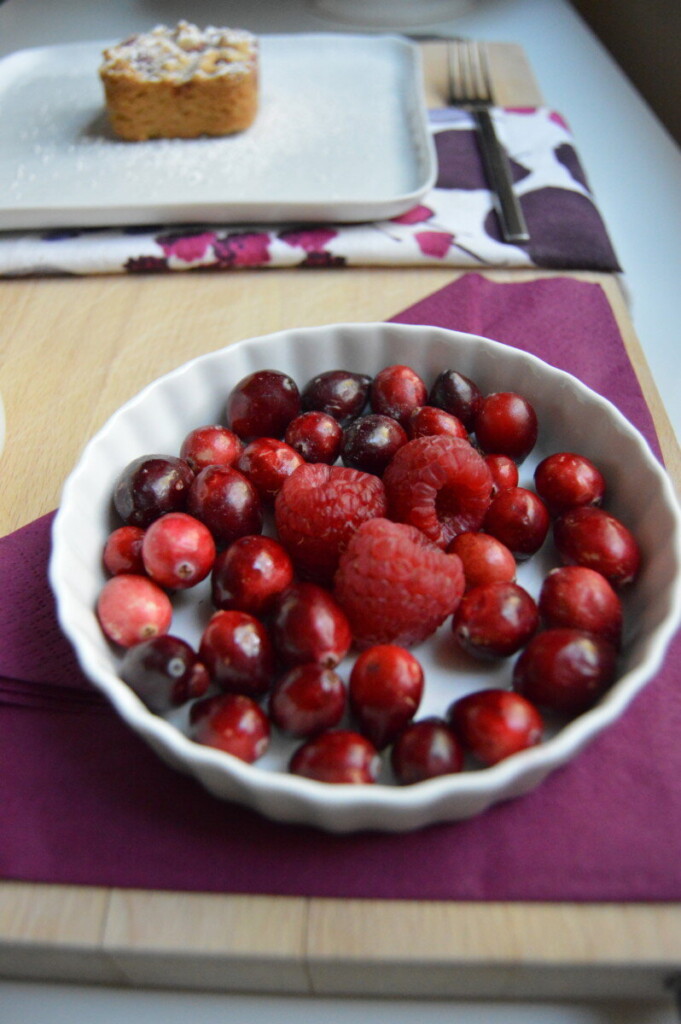 By the way, has anyone ever educated you on the fact that the so called "German chocolate cake" has never ever existed in Germany nor has it been invented by anyone with German heritage? The lucky guy to come up with the recipe simply had the last name "German." Look it up here! You're welcome! Sorry, I just had to get this cleared up… Please don't be mad! I am sure Americans become equally annoyed when foreigners believe that American life (American Pie, anyone?) as portrayed by Hollywood is real.

A weird German thing that we do (only seen as weird by people that aren't European) is that my family will hang out and entertain themselves for a period of 6 to 8 hours when we get together including dinner following a few hours (usually 4 hours later) after cake and coffee time. While to some people this may seem backwards as they think cake should be dessert, I must disagree here, too.

Cake is cake and life is too short to not eat enough sweets! So have at it! 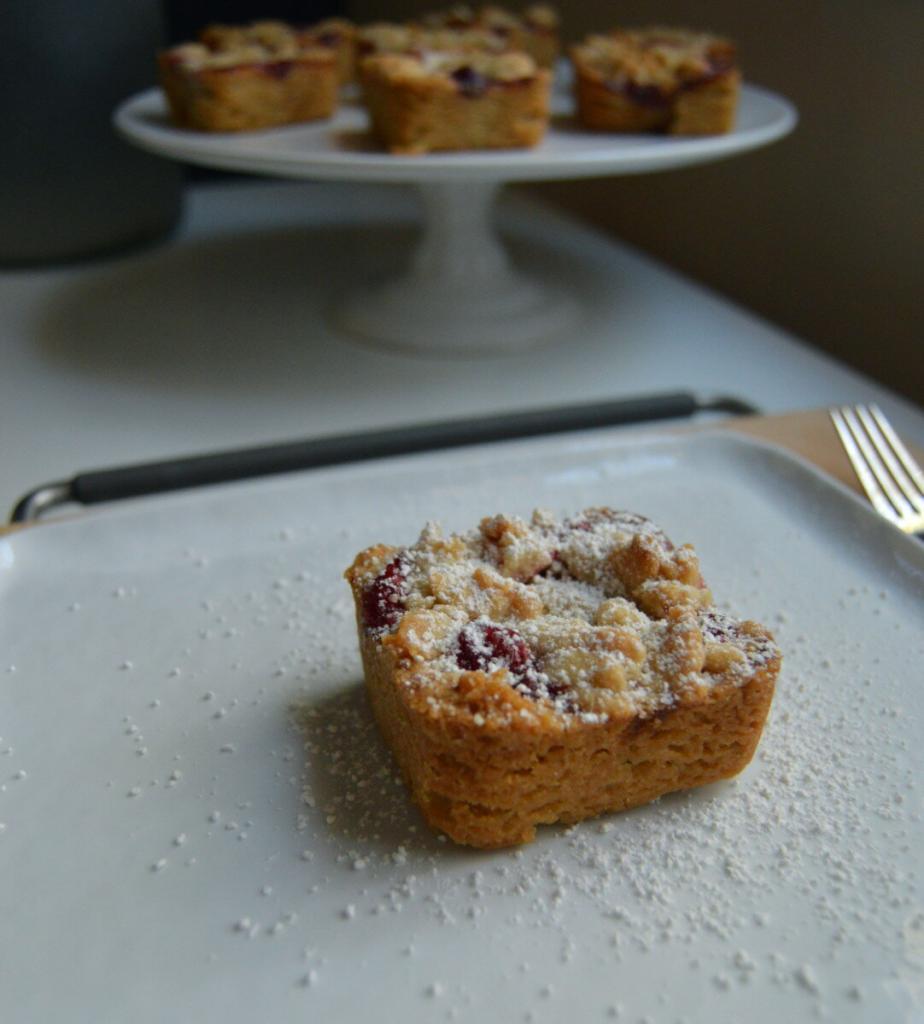 Now to make streusel cake, just mix together sugar, butter and flour in proportions of 1,2 and 3. It's that easy! So let's say you use 1 cup of sugar, you then add 2 cups of butter and 3 cups of four. Then add a pinch of salt and either lemon zest or vanilla. Et voilà! There is your streusel cake. The streusel topping is prepared in the same proportions by the way. Mix the dough until it is crumbly and resembles streusel and you're done!

Everything else is left to your imagination! Very popular to add to streusel are apples, cherries, plums and apricots, but whatever you can imagine, you can make streusel do! So don't stop there. 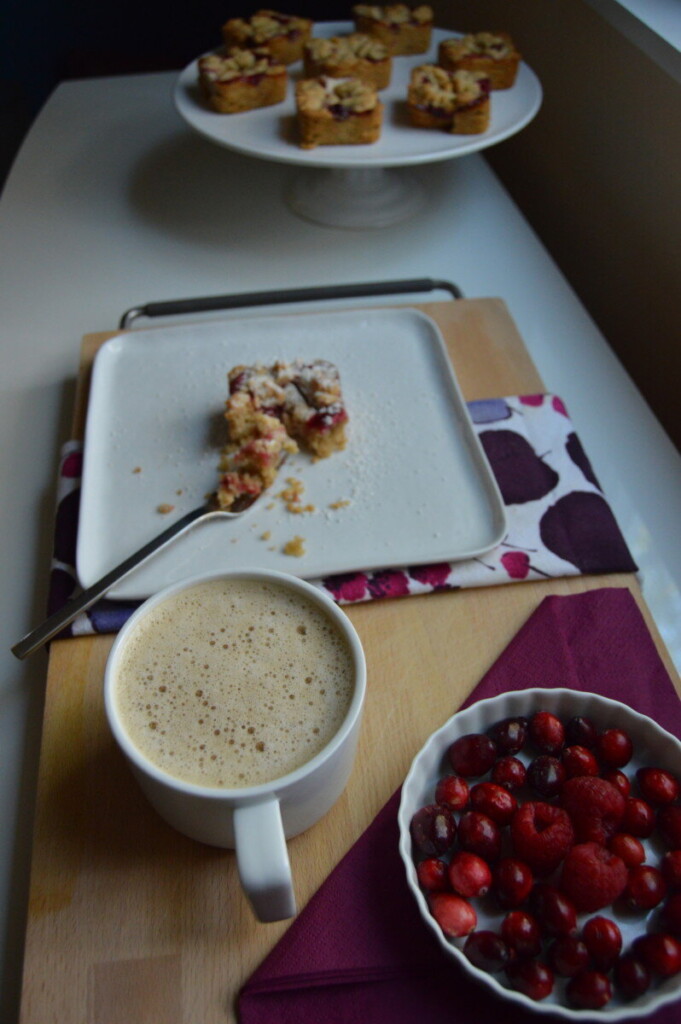 I ended up boiling 2 cups of fresh cranberries with 1 cup of fresh raspberries, 1 cup of sugar and half a cup of water for 30 minutes to make my filling. I also added in vanilla pudding for extra moisture. And oh my God, it tasted astonishingly amazing!! So definitely a thumbs up for sure!

Enjoy the streuseltastic pictures, make some lovely streusel for yourself and friends, don't forget to leave me a note and how about them Royals!!! New York City, here we come invade your city for game number 3 of the World Series tomorrow night! #Takethecrown 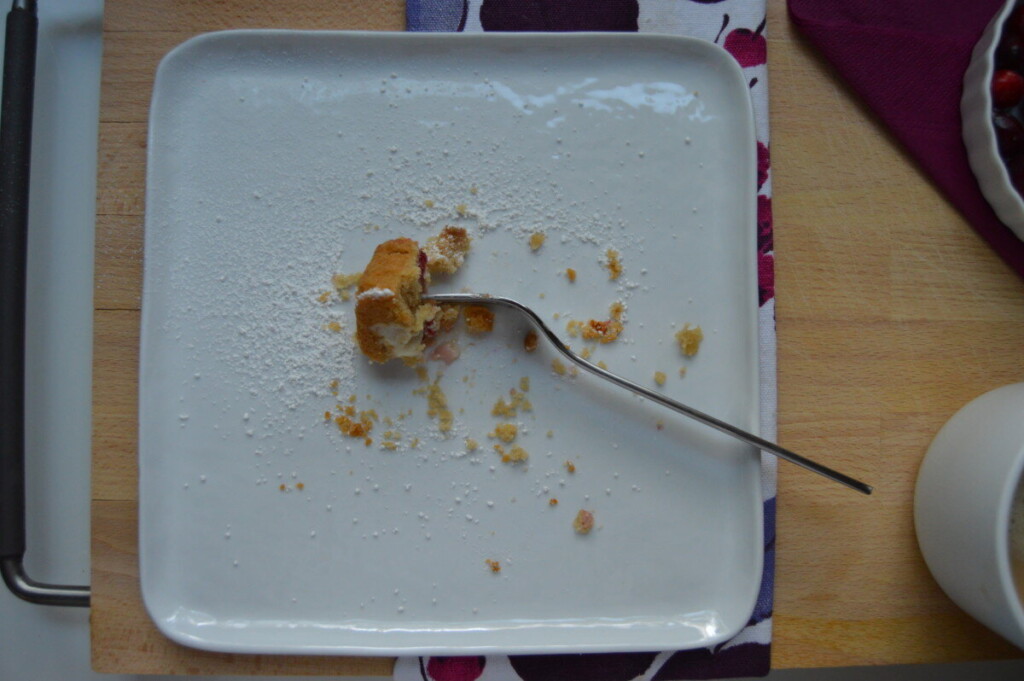