Wanna kick things up a notch with an AUSTRIAN (you read that right) inspired meat and cheese board? It's called a Brettljause (also Jausenbrettl) there and is similar to Abendbrot, but those homemade Austrian spreads are the best! 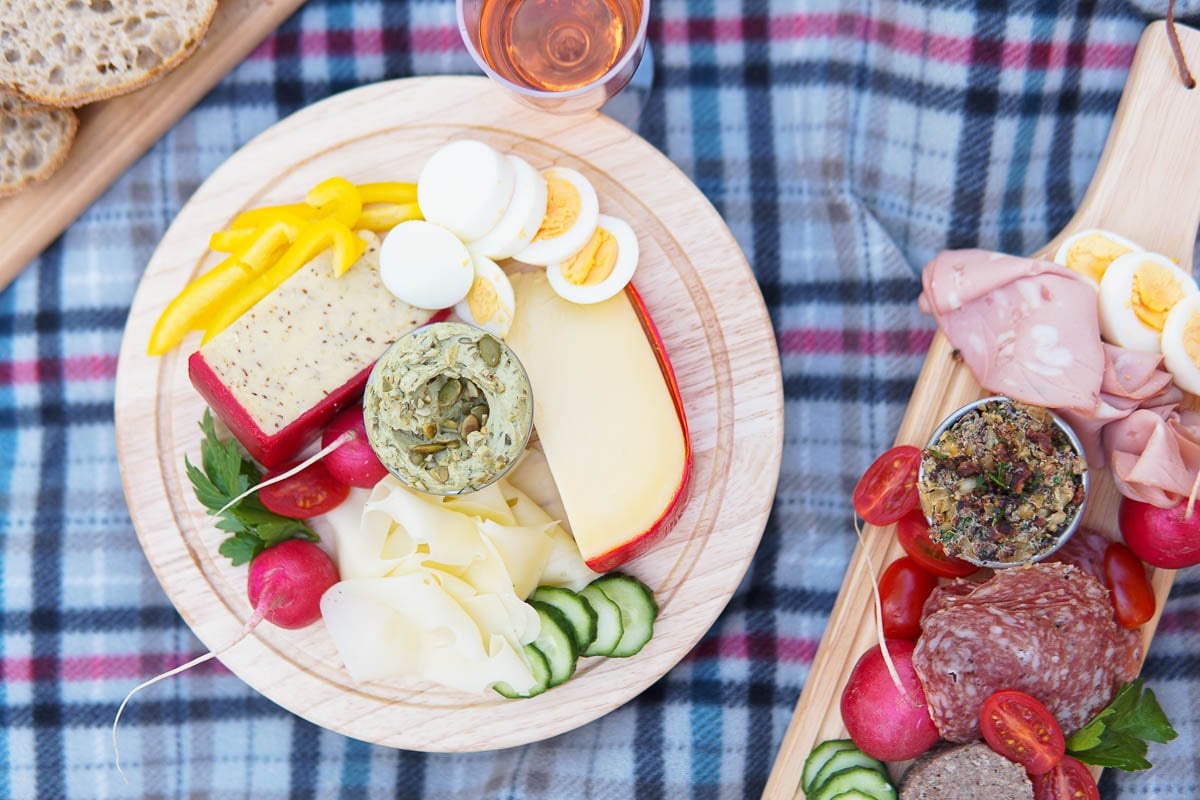 Charcuterie and Cheese Boards in Austria

Continuing my Austrian-inspired recipe series (I previously posted Fädlesuppe (a pancake broth soup) and Wiener Apfelstrudel (Vienna apple strudel), the Brettljause or Jausenbrettl is another cozy meal to enjoy while surrounded by snow in the mountains. Or simply to share with friends or family at home, in your backyard, or at a park as part of a picnic as I did! Simply put, a Brettljause is an Austrian meat and cheese board traditionally served either as a snack or for dinner. It integrates a couple of very special Austrian dips. And you'll definitely want the recipes for those! They are so unique, addicting and good! 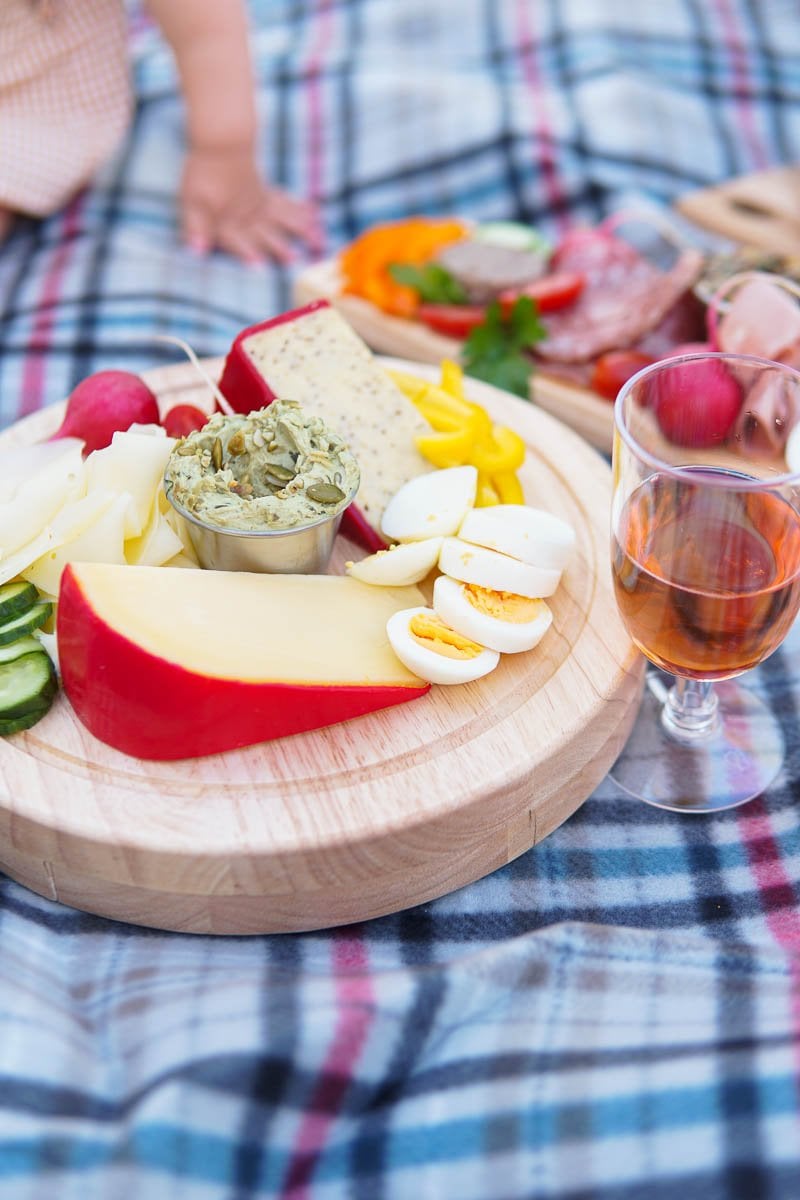 A Brettljause or Jausenbrettl is an Austrian meat and cheese plate. And it is featuring some rather (to Americans) unusual spreads and toppings than what you would normally recognize on a charcuterie and cheese board. Let me take you through the process. First I select and slice some European cheeses. I went with a Dutch Gouda (the kids' favorite because it's so mild), an English mustard cheese, and the Norwegian Jarlsberg cheese, which is mild and nutty in flavor. I made a separate board with charcuterie including prosciutto ham, mortadella and paté. Then I finished everything off with a couple of homemade, Austrian spreads. A bacon spread and a pumpkin spread to be exact. They're addicting! And finally, lots and lots (like half the board) of raw, cut-up veggies for toppings. I served it with rustic country sourdough bread from the Kansas City local Ibis Bakery. This was a perfect Friday night meal enjoyed with some Rosé wine picked up on our recent trip to Portland, Oregon. 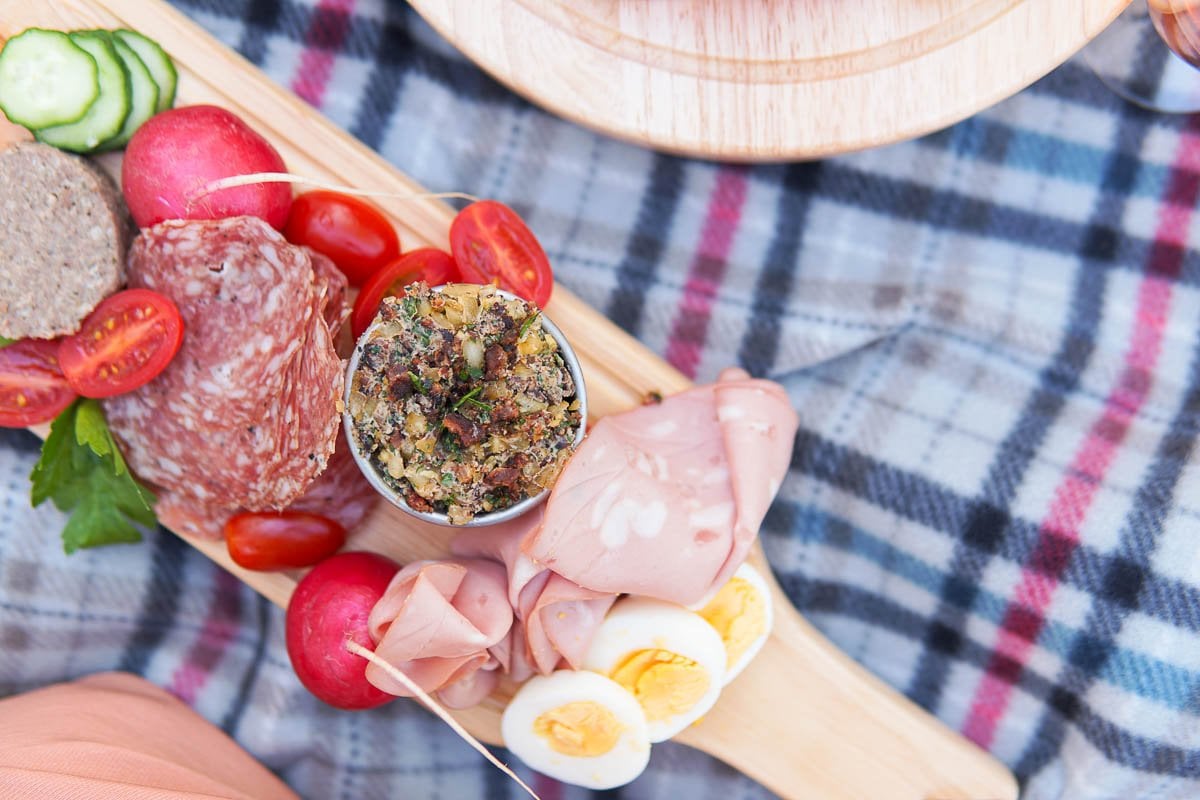 Traditionally you finish the day with a cold dinner in Germany, consisting of sliced bread, meats and cheeses, and maybe some tea to help digestion – this is called Abendbrot and is how we ate dinner at my grandma’s house in case my parents were running late from work to pick up my sister and I. Lunch is traditionally the only warm meal of the day, but the modern German way however often reverses lunch and dinner traditions, preferring cold sandwiches for lunch and a warm dinner in the evenings. Preparing this Brettljause reminded me of evenings spent at my grandma’s house (although my plating is much more elaborate than what we could eat at grandma’s). Every time I bake a loaf of sourdough these days, I serve up 'Abendbrot' (the German word for Brettljause) for dinner. Jason, my husband calls it 'charcuterie' as in "What, we're having charcuterie for dinner again?" So cute. I love him. 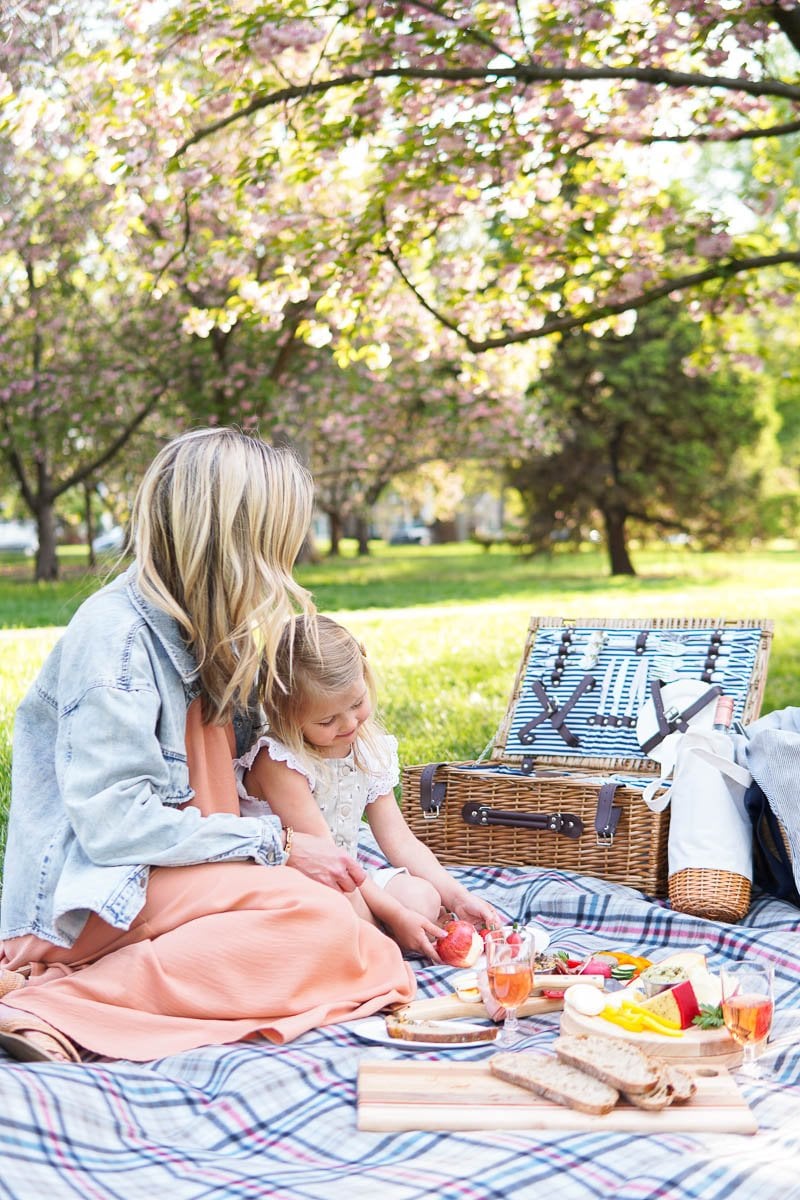 First of all, who doesn’t enjoy saying the word “Brettljause?!!” It’s pronounced “Brett-l-yow-suh” or something along those lines! It’s hard to get the German “R” pronunciation across in text, so make sure to watch my short video on how to put together the board (I'll post here and on Instagram it once it's live), and turn up the sound.

A Brettljause also usually features sliced cheeses, unlike cubed cheeses or whole cheeses that you have to cut on your own. Now I went ahead and had Whole Foods slice the Jaarlsberg for me at the deli counter. I did leave the other cheeses whole, so I was able to showcase the awesome cheeseboard with integrated cheese knives from Picnic Time! I also LOVE Picnic Time's picnic baskets (some even come with serveware!), extra large picnic blanket, wine cooler tote (I could go on and on!). They're beautiful and fantastic quality! But back to the sliced cheeses. Sliced cheeses, sliced meats, and unique spreads can conveniently be arranged on your sliced bread, then topped with lots and lots of raw veggie options such as cucumbers, radishes, bell pepper, and tomatoes. You can also add pickles, onions, fresh horseradish, and sliced egg, giving you endless combination options!

Meats And Cheeses Used For Brettljause 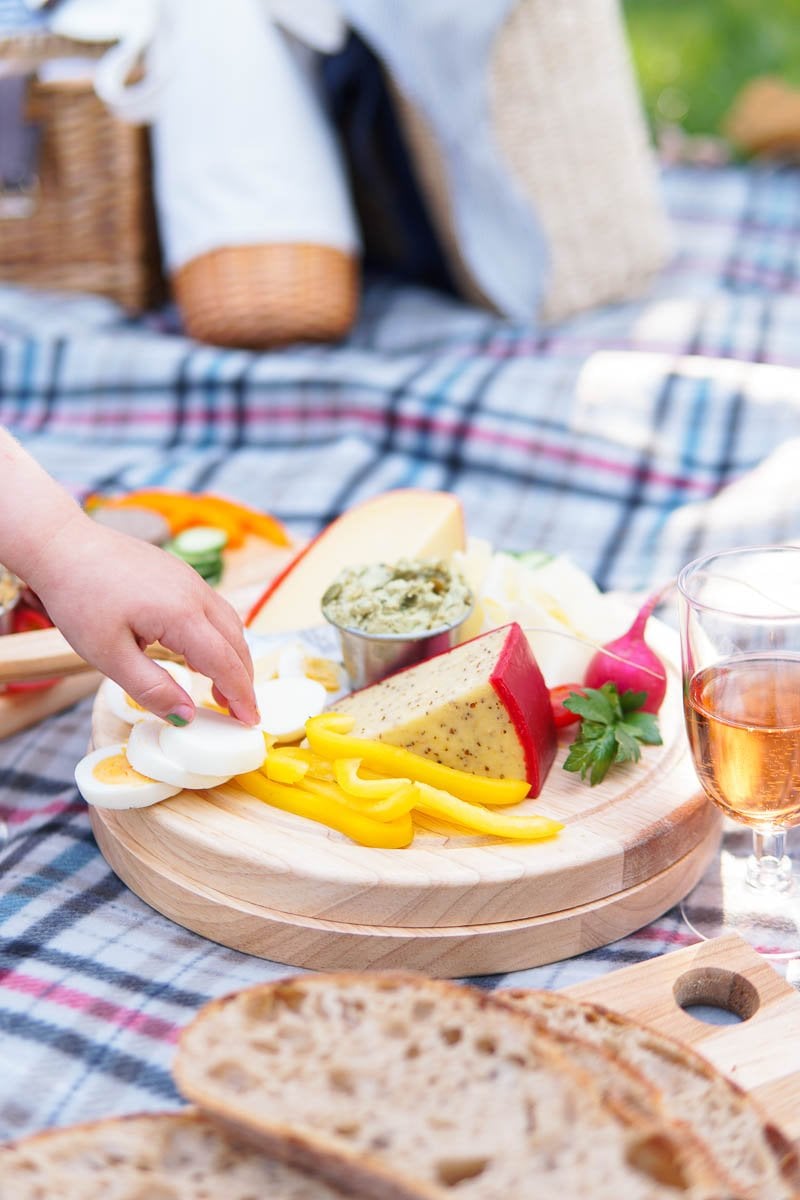 Some Other Austrian Recipes To Try

I received compensation from Picnic Time in exchange for writing this post. Although this post is sponsored, all opinions, thoughts, and recipes are my own. This post contains affiliate links, which means that I may be compensated if you click certain links. 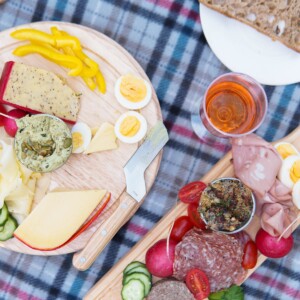 Austrian Meat and Cheese Board (Brettljause)

Other Things Needed For A Brettljause

Meats, Cheeses, Vegetables and Garnishes are not taken into account for the nutritional values.

A Note On Meats and Cheeses: