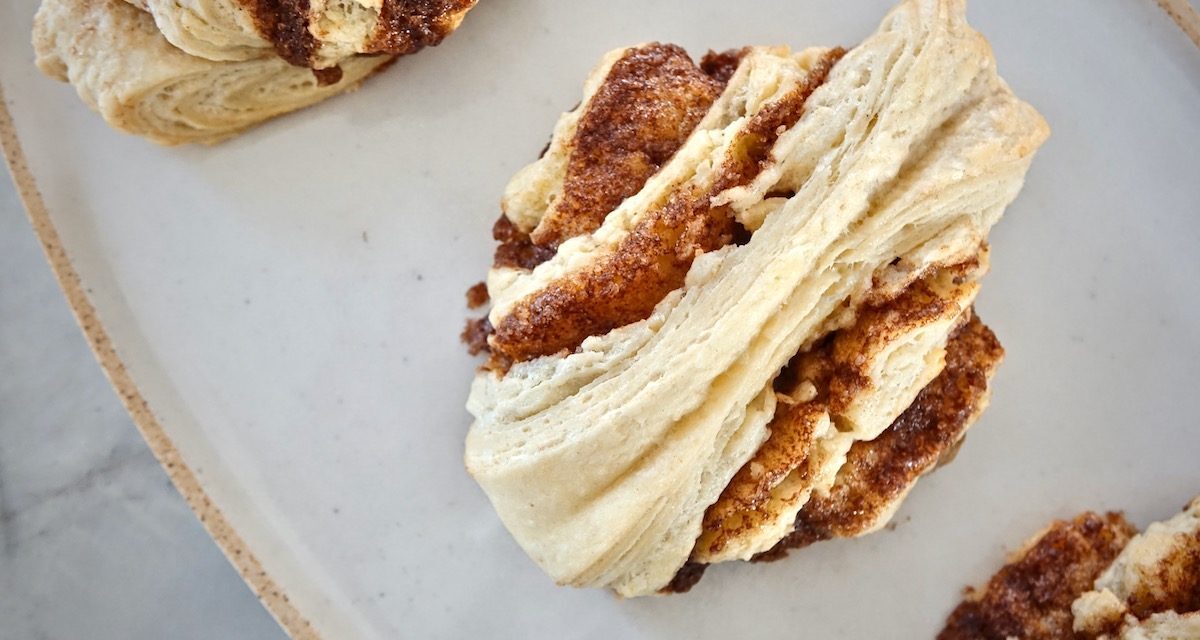 I could eat cinnamon rolls every day. This German version is called Franzbrötchen and uses a buttery, layered yeast dough for its base. It’s addictive! 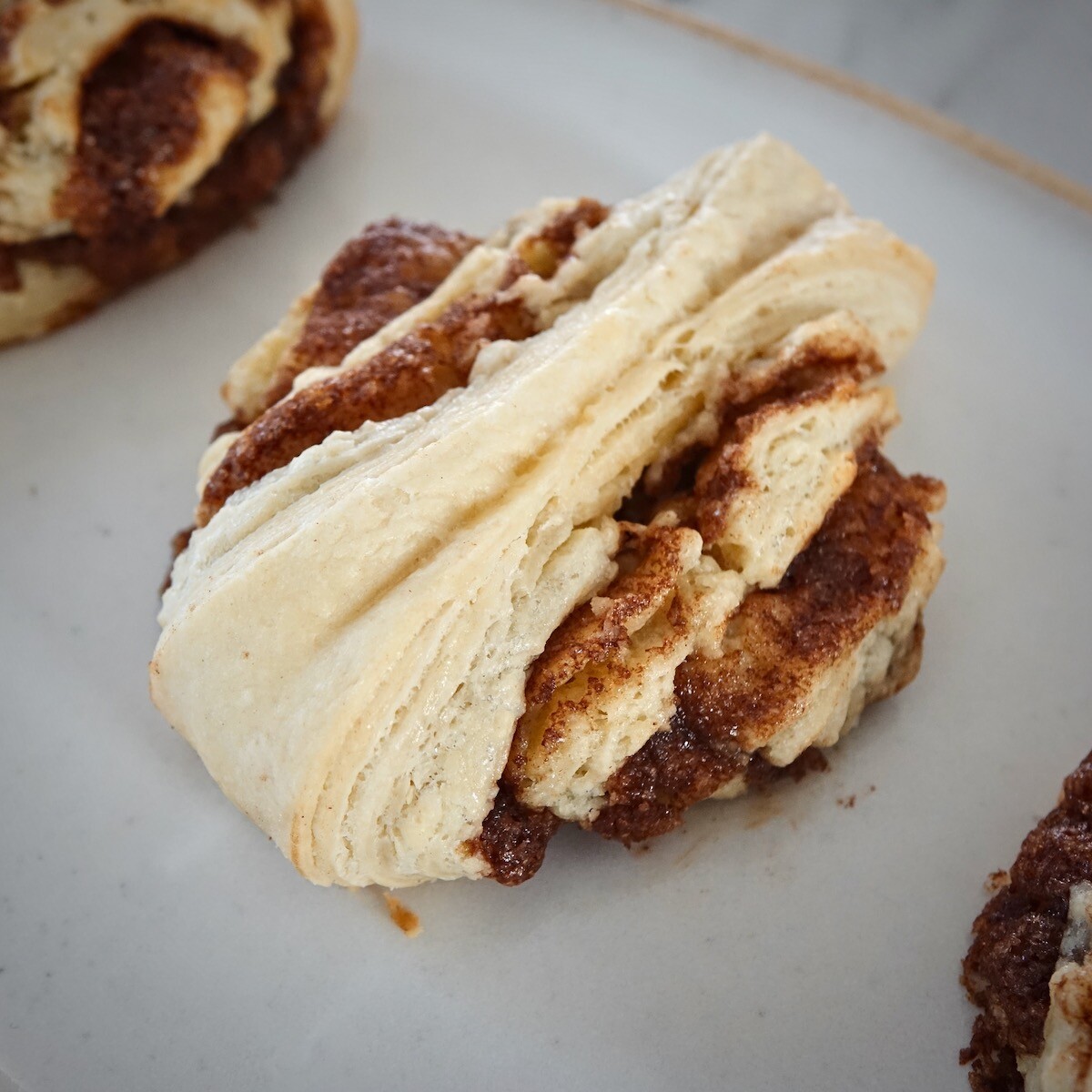 I know what’s on your mind… what’s up with the Germans and their weird names for pastries? 😀 To be honest, I was a bit curious as well when I first discovered Franzbrötchen, a German cinnamon roll-ish pastry that’s reached cult-status across Germany. Originally from Hamburg, you can find Franzbrötchen at bakeries all across Germany, although you will more commonly find them in the North, which explains why I never came across this pastry when I grew up in and around Trier. And what a shame that is. Franzbrötchen are so uniquely delicious. Traditionally filled with a cinnamon sugar mixture, wrapped in yeast dough layered with butter… how could anyone not fall in love? By now, there are many variations of the fillings ranging from chocolate chips to apples and hazelnut. I couldn’t decide either, so I filled one half with a rather traditional cinnamon sugar filling (I use brown sugar and some almond flour in mine) and the other with a seasonally appropriate and super delicious strawberry filling. And while there is typically no glaze or frosting involved with Franzbrötchen, I decided to make a simple glaze of an Austrian strawberry cream liqueur by Mozart and powdered sugar for my Erdbeer Franzbrötchen and it just truly elevated the already amazing Spring flavors in this variation. 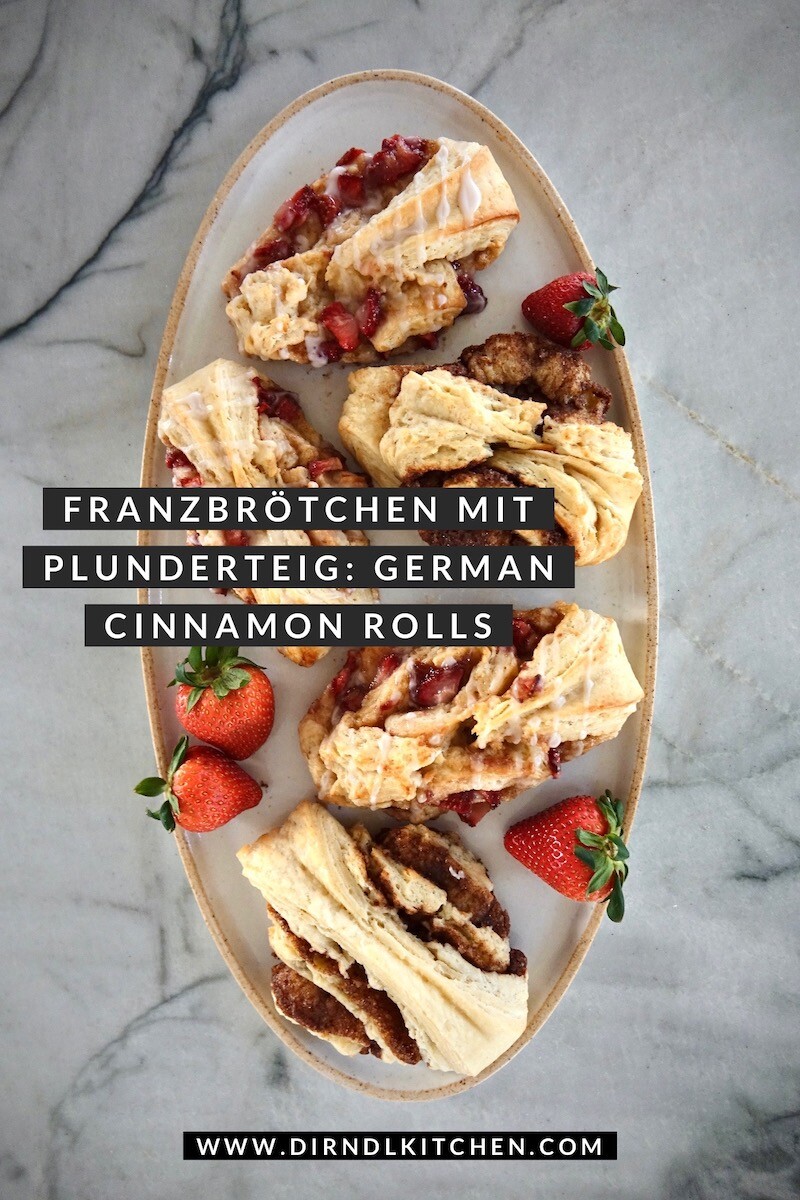 But let’s go back to the name, Franzbrötchen, which literally translates to ‘Franz rolls.’ A few rumors exist. One popular story mentions that when Hamburg was occupied by the French in the 19th century, bakeries started baking French bread and one baker, in search for a new pastry recipe, or maybe just by mistake, baked some French bread in a skillet with cinnamon and sugar. Another rumor presents the idea of the French demanding croissants and the bakers of Hamburg deciding to smush them, expressing their resistance. Either way, I’m so so glad Franzbrötchen came to be as they are immensely tasty little buns, and I’d love for you to try them too! Which version will you create? 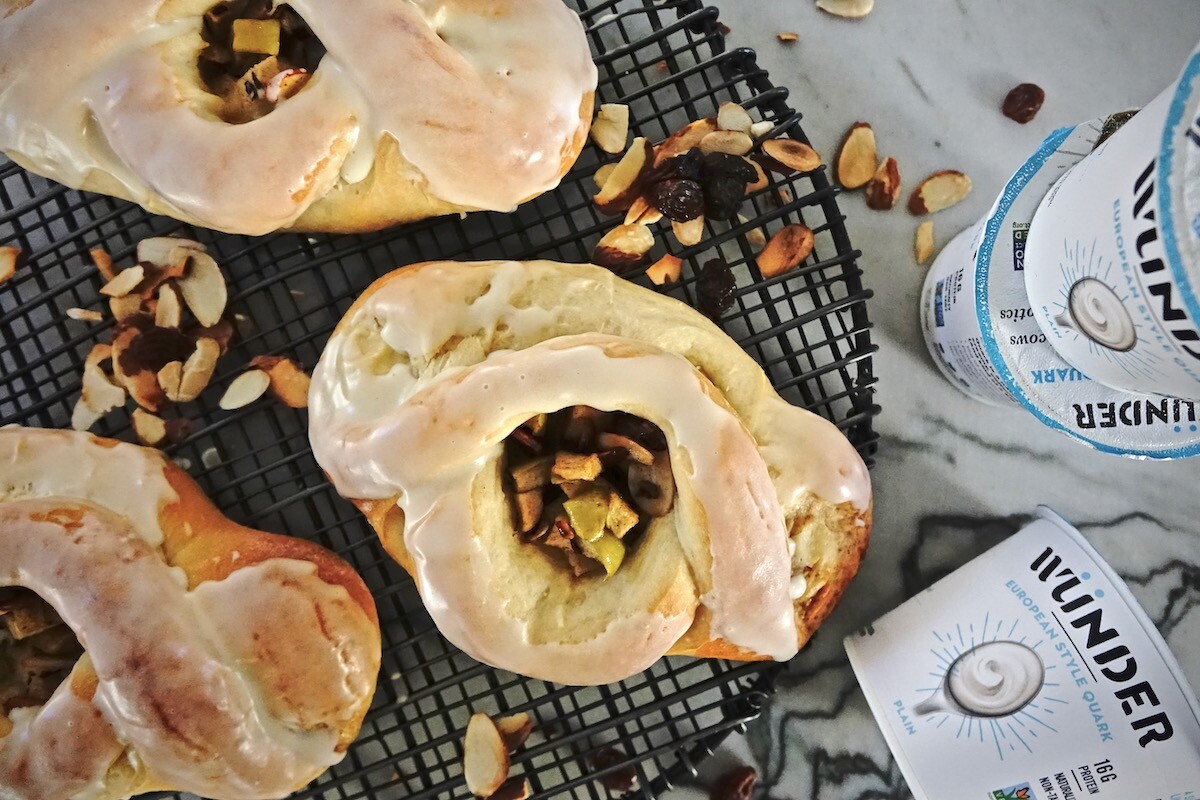 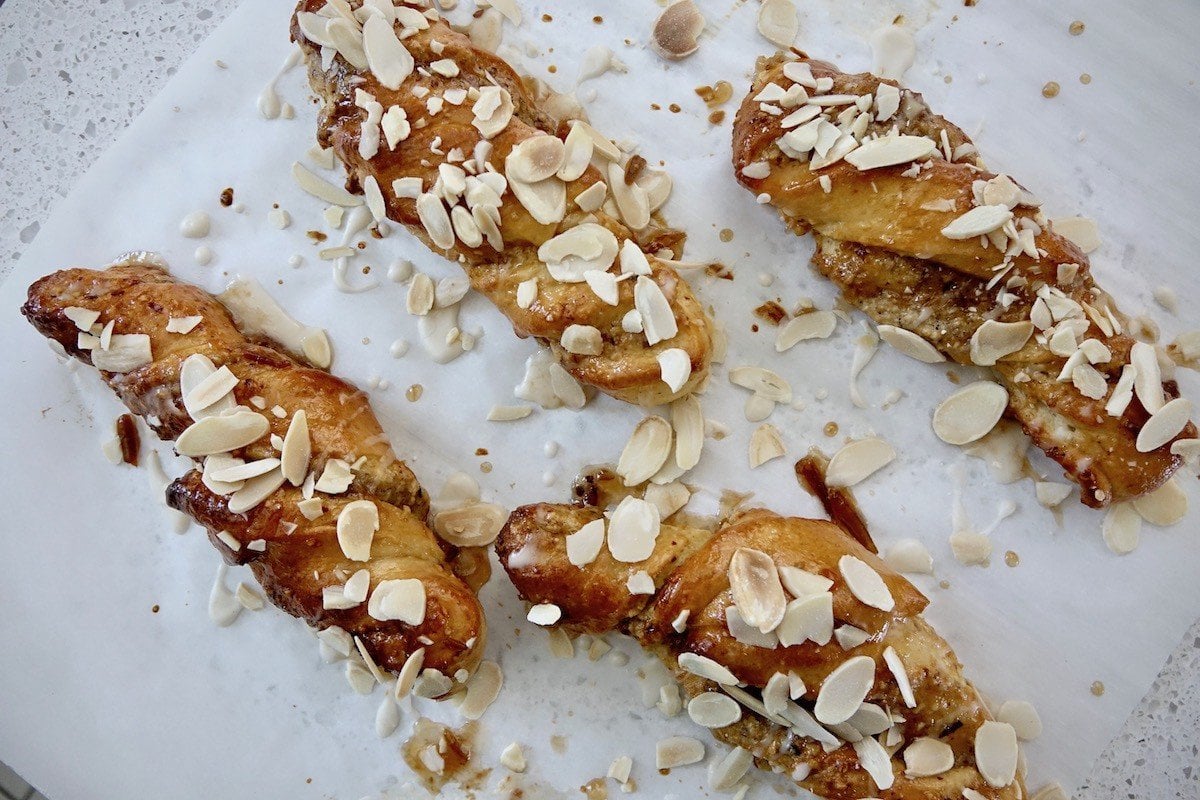 Next up is a breakfast goodie that I feel great about making for my family. My apple quark muffins are whole wheat and pack so much apple and protein-rich quark. Make sure to subscribe to my blog now, so you’re not missing out when this new Apfel Quark Muffin post goes live! 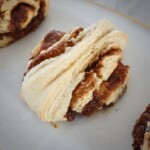 For the Butter Layer in the Plunderteig 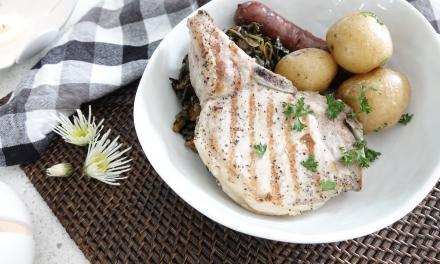 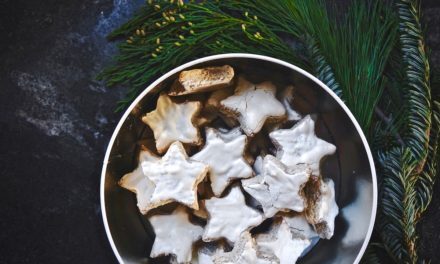