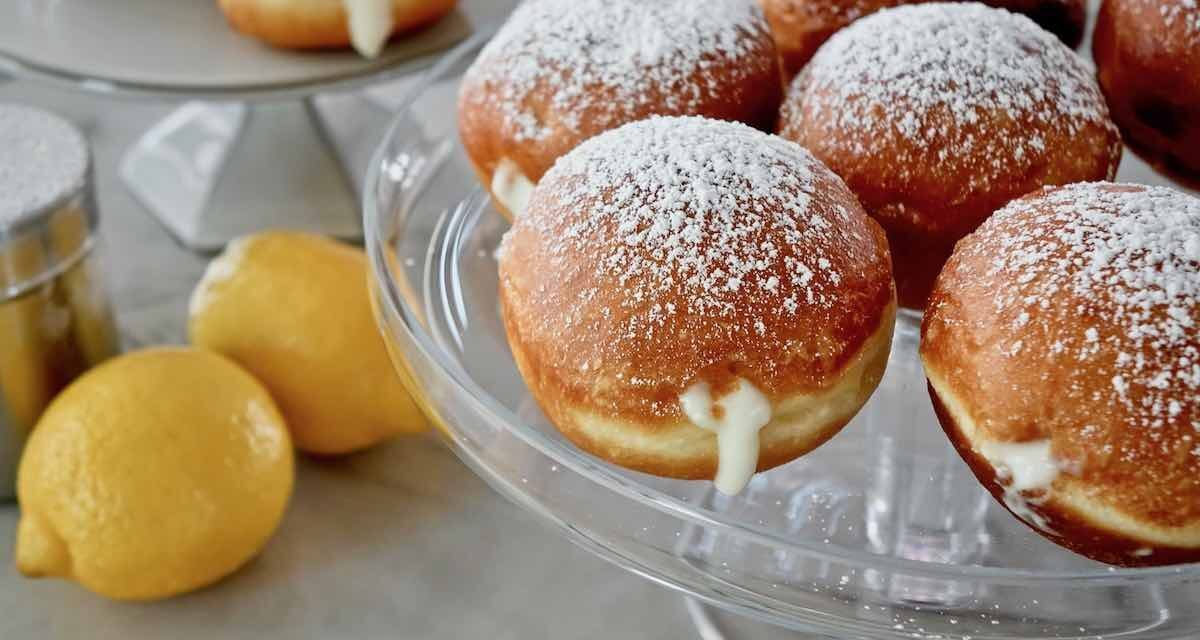 I am addictive to anything Berliner and anything Lemon. Combine the two and I am in heaven dreamland. This German donut features a creamy lemon pudding filling that I know you’ll love! 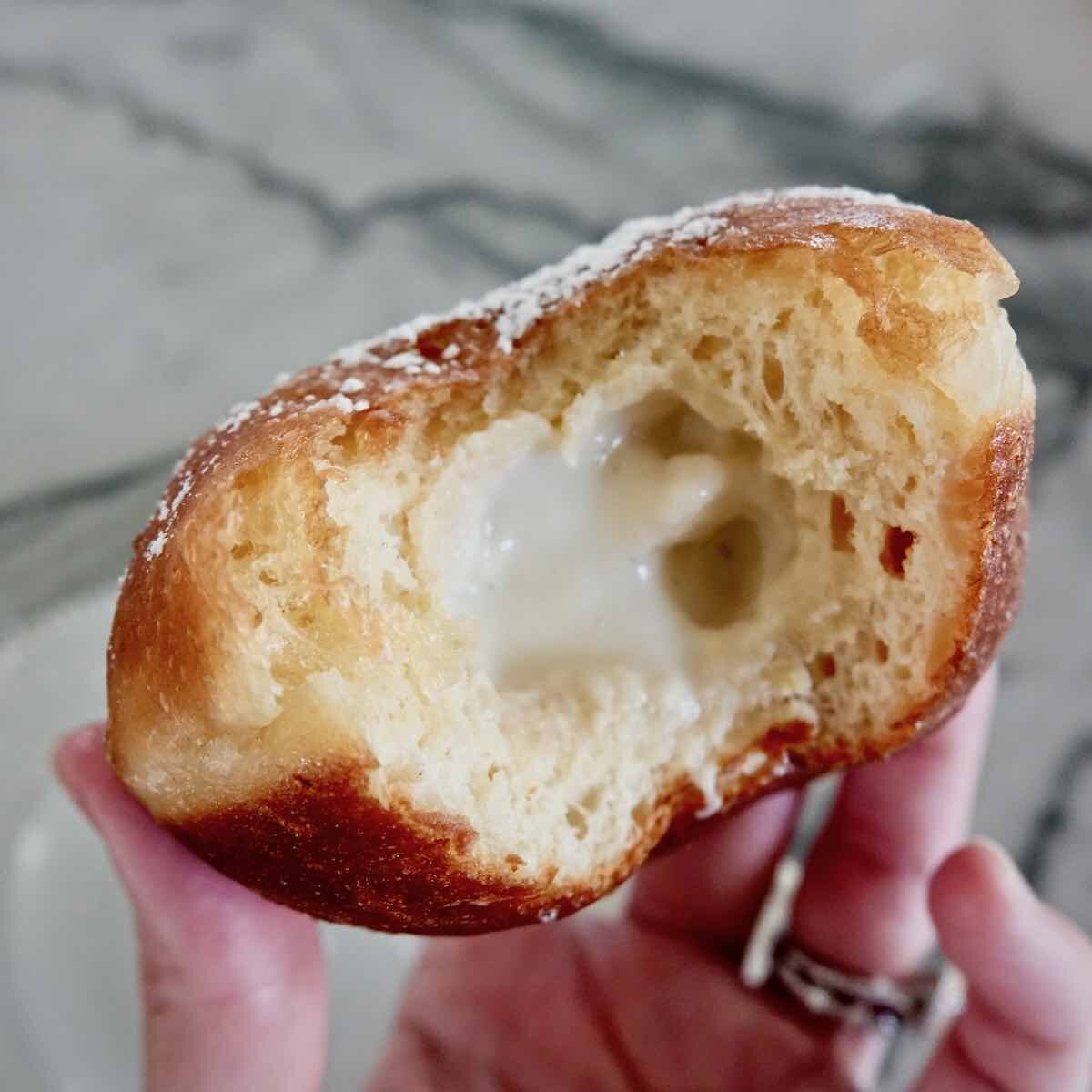 I LOVE BERLINER! Especially this Zitronen Berliner aka German Lemon Donuts! That being said, if you haven’t tried my other Berliner recipes, I would like for you to please stop reading and first check them out! You may want to start with one of my other recipes or try them out next because you became as Berliner-addicted as I am. There is the classic Berliner recipe, which will give you a perfect basis to experiment with (we’re talking all sorts of different fillings from jams to puddings to Nutella!). Then we have my Pumpkin Berliner, which are absolutely incredible and feature pumpkin in the Berliner dough as well as the filling! I don’t know about you, but I could ALWAYS go for a little bit of spiced pumpkin anytime of year! And then we have Quarkkrapfen or Quarkbällchen. They’re the simple version of a Berliner as the dough omits the yeast, which gets you your reward much faster! All donut recipes are deep fried. And because I for some reason am reluctant to become an owner of a deep-fryer, all recipes include instructions for how to deep-fry without a deep-fryer and it’s really pretty simple! I was joking with Jason when he needed me to hold Eloïse (our 22 pound 7-month-old) while picking something off the floor that ‘I was holding her while deep-frying Berliner.’ It’s that easy. The trickiest part is keeping the frying temperature right around 320 degrees Fahrenheit. Much higher, and your Berliner will be too brown and you may be tempted to pull them out too fast and the dough may not be cooked in the middle. Eww. Much lower and you will have your Berliner soak up too much oil, making them extra greasy and… well… eww. So I recommend that when you’re heating the oil, if your thermometer gets close (within 5 degrees) of 320, to play with turning the stove off as the temperature will keep going up on its own. So that’s when a deep fryer would come in handy. 😀 If I were to buy one (I feel like it’s going to happen soon with how many Berliner I have been making, then it would probably be this one! Honestly though, if I can pull this off while juggling a baby in one arm, you can too. I have full faith in you! 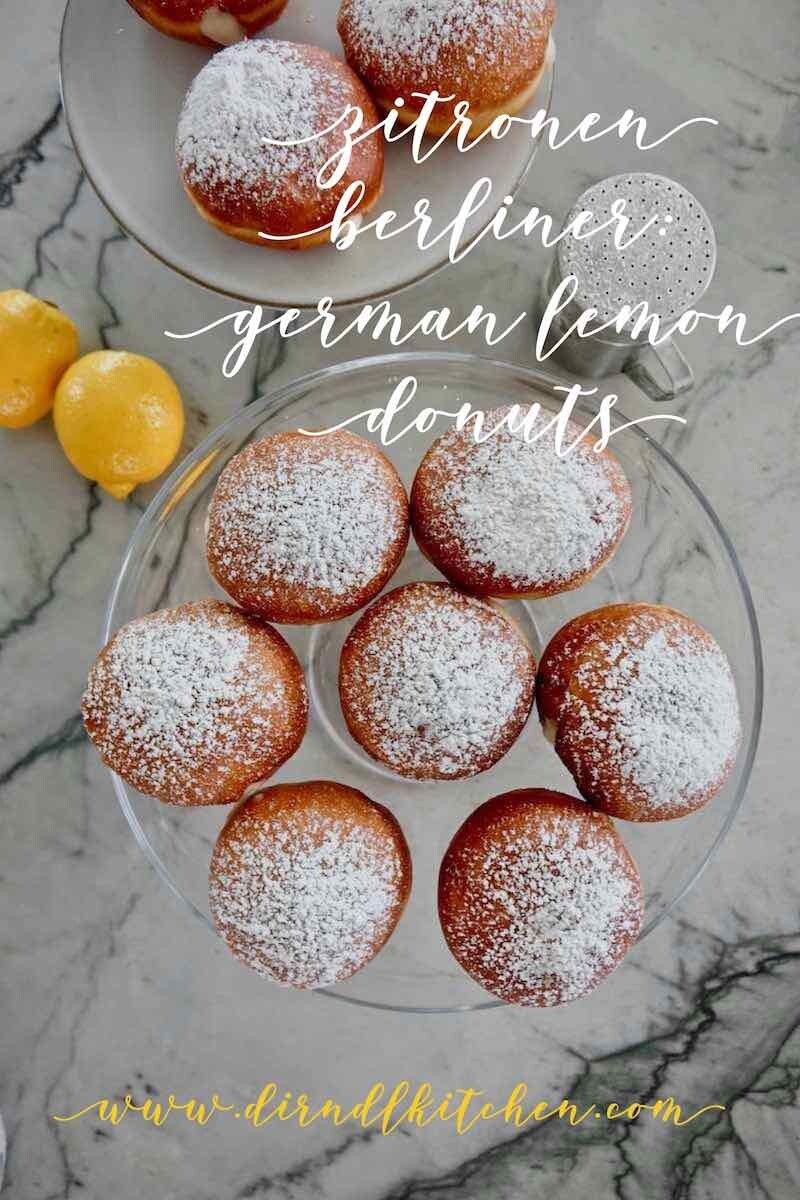 These Zitronen Berliner are filled with an über delicious tart and slightly sweet, homemade lemon pudding! It’s so good that I recommend making a double batch and having some extra for dessert on another night! There is also lemon zest in the dough because I think double the lemon is much better than single the lemon, don’t you? So make a batch of these and eat them ASAP (that’s when they taste the best and will be the fluffiest). If kept overnight, I recommend covering them with a glass cloche on a platter or plate or keep them in a bread storage box.

I don’t know about you, but if I don’t include Jason in our daily afternoon coffee break, I get the nastiest looks! 😀 Especially if it’s a coffee drink this delicious! Simply combine freshly brewed espresso (cold press coffee would work great too!) with a shot of Mozart White Chocolate Cream Liqueur and your choice of milk (I used 2 percent today, but often use oat milk for lattes). It’s the perfect afternoon treat without any extra work! I always keep a bottle of Mozart handy in our fridge, so I am ready to pull this off anytime! 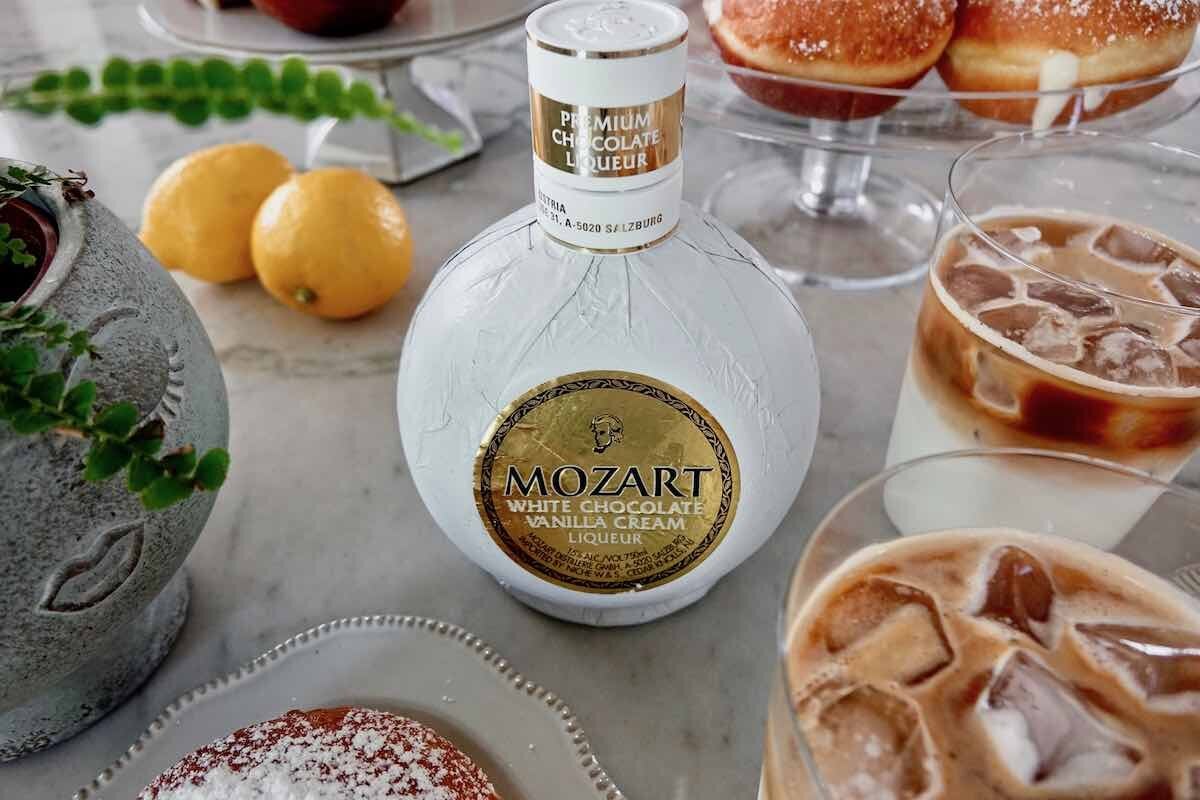 To make, take a large glass and fill with a 2 ounce shot of Mozart White Chocolate (please also try their other flavors Strawberry, Milk Chocolate and Dark Chocolate!), 10 ounces of milk and a handful of ice. Stir together. Now brew a shot (or double shot) of espresso and gently pour into the glass to get the layered effect!

To find out where Mozart Cream Liqueurs are available in your area, fill out the short product finder form. 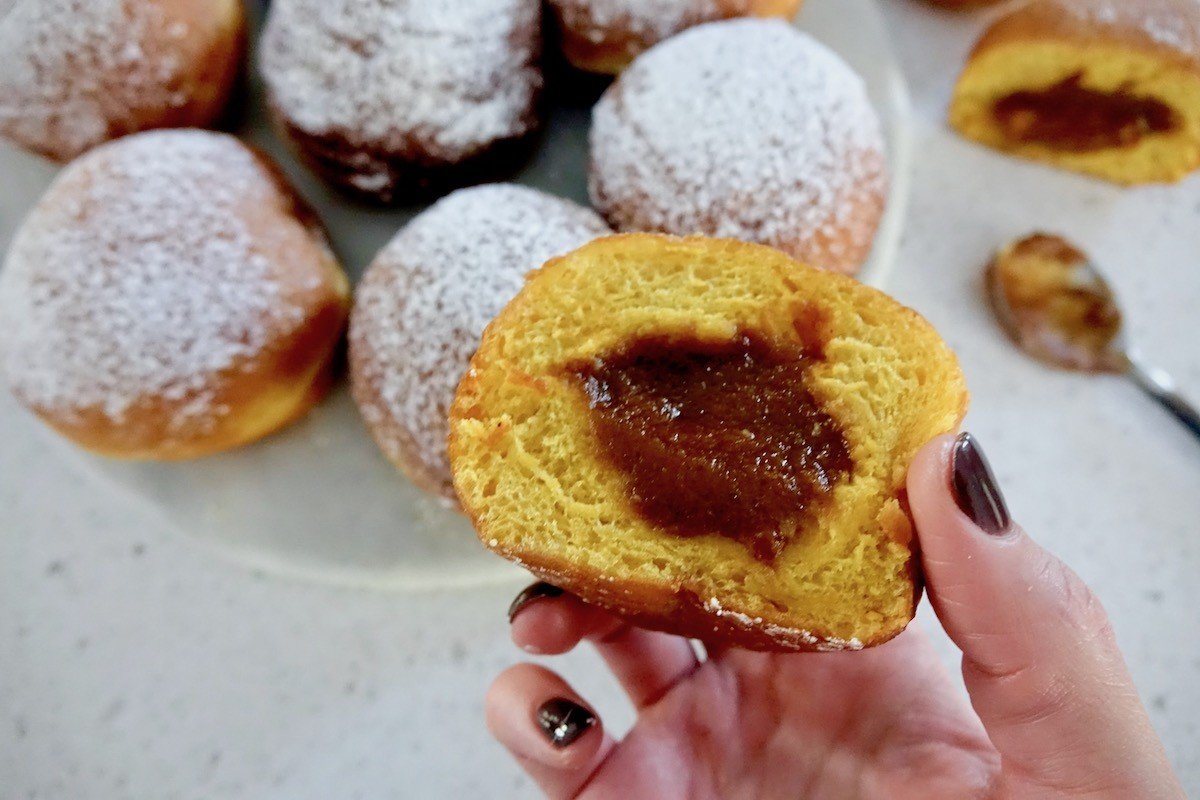 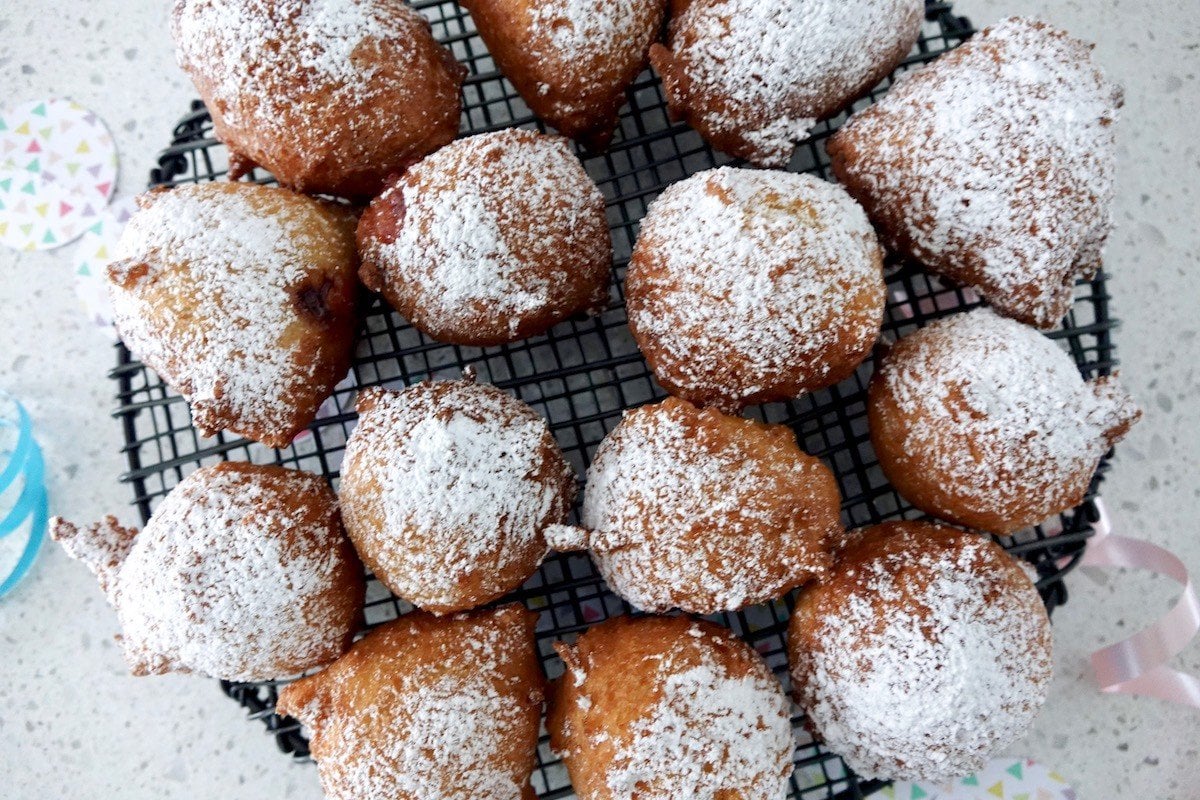 Germans can’t get enough of this white gold aka white asparagus right now. Be part of the seasonal craze! Next up is a pasta salad that white asparagus lovers will worship! Make sure to subscribe to my blog now, so you’re not missing out when this new White Asparagus Pasta Salad post goes live! 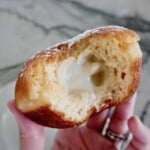 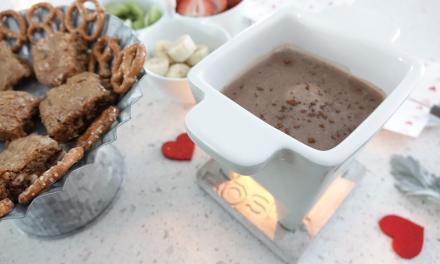 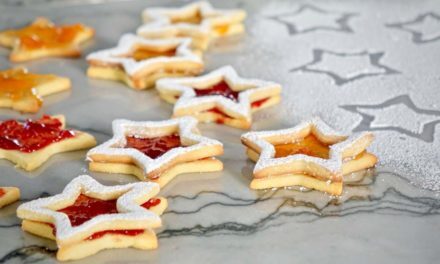 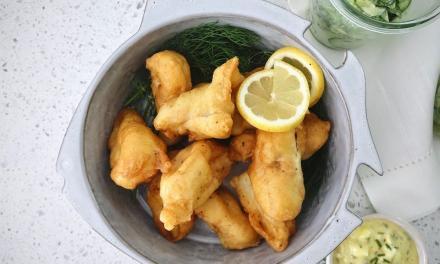 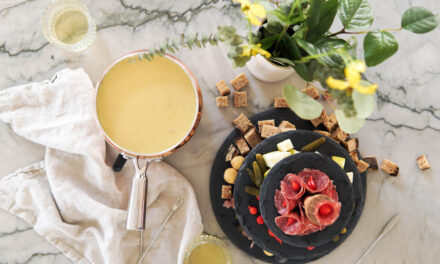