Apfelschnecken are just what you needed in your German-pastry-missing life! They're German Apple Cinnamon rolls (and I layered mine with marzipan). 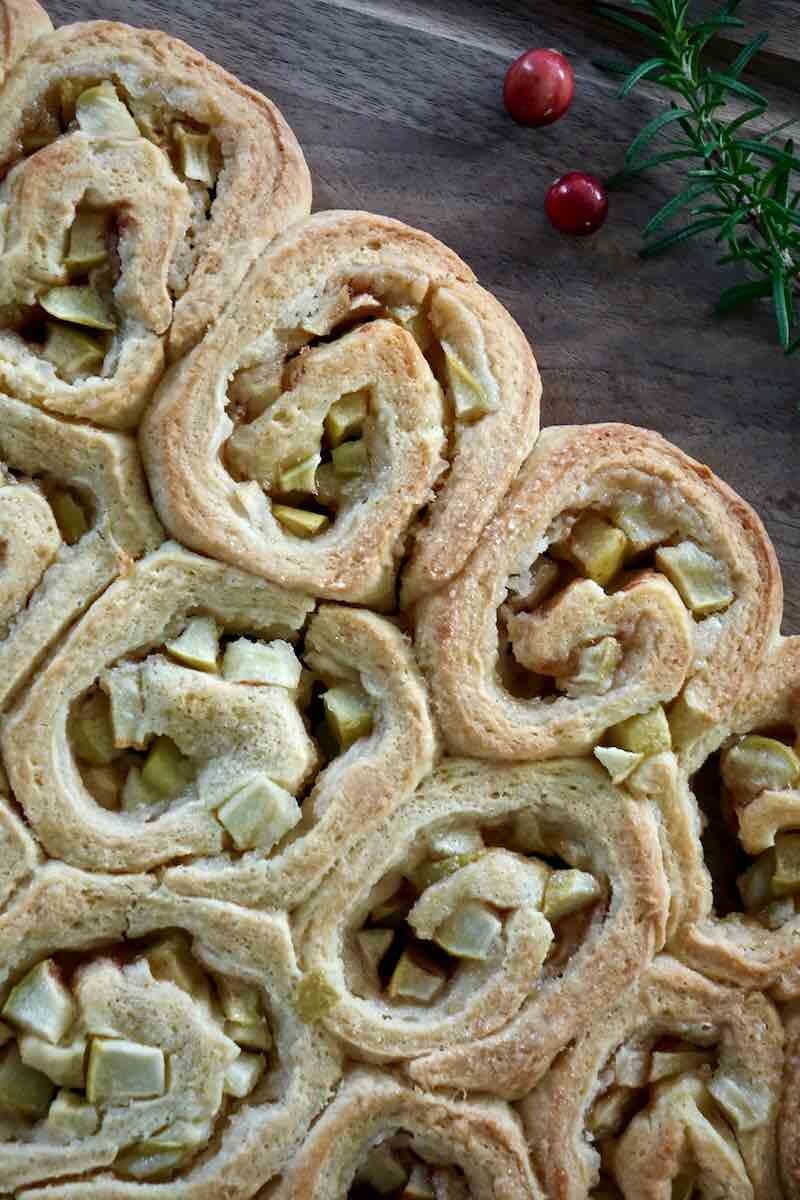 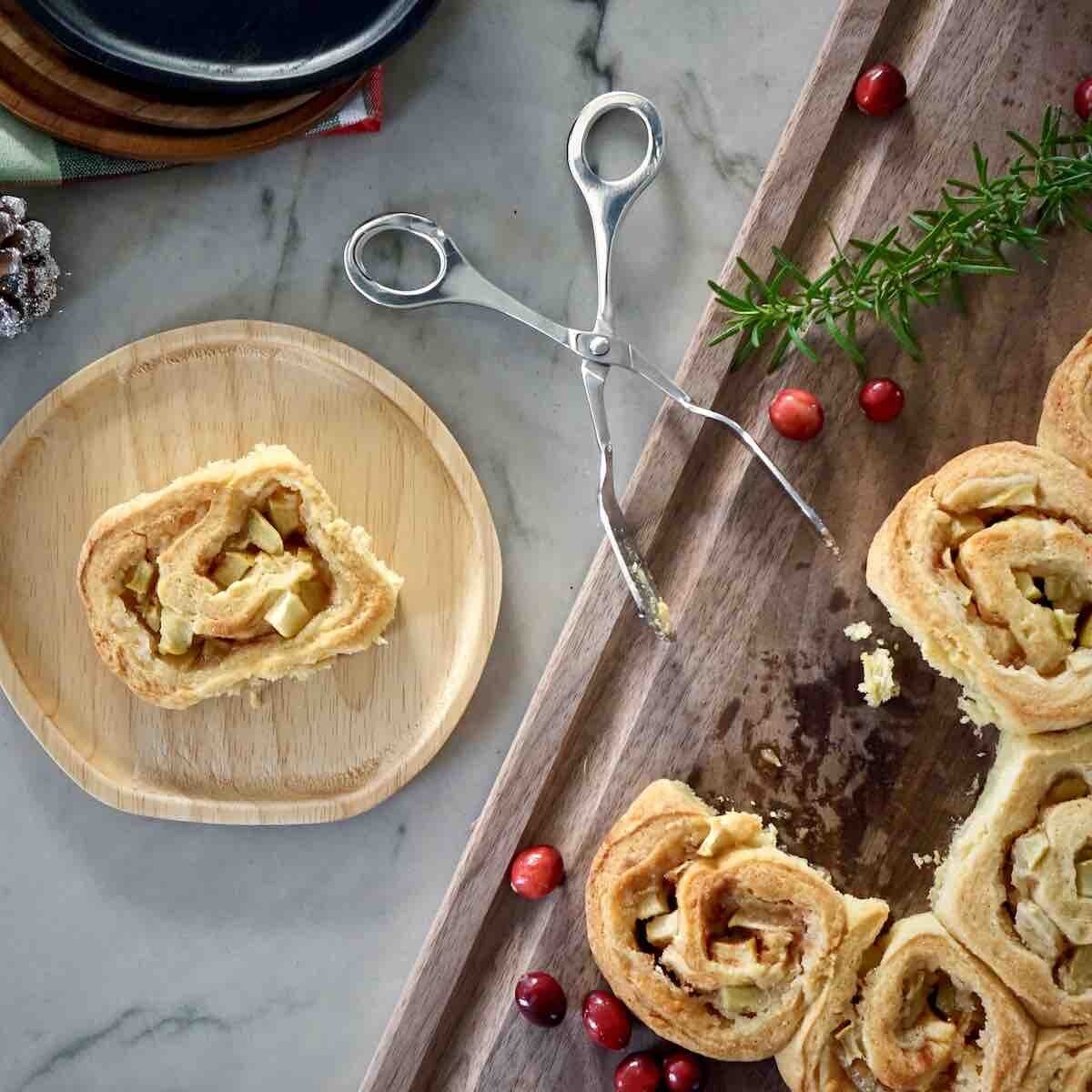 These warming German Apple Cinnamon Rolls with a thin layer of rich marzipan in the filling are just what you need for brunch this weekend! Then imagine yourself having picked these up from a local German bakery while sipping on your Kaffee, peeling away the layers and indulging. Heals homesickness instantly for me, especially when shared with friends and family over good conversation. Fun Fact: Apfelschnecken translates from German to 'apple snails.' 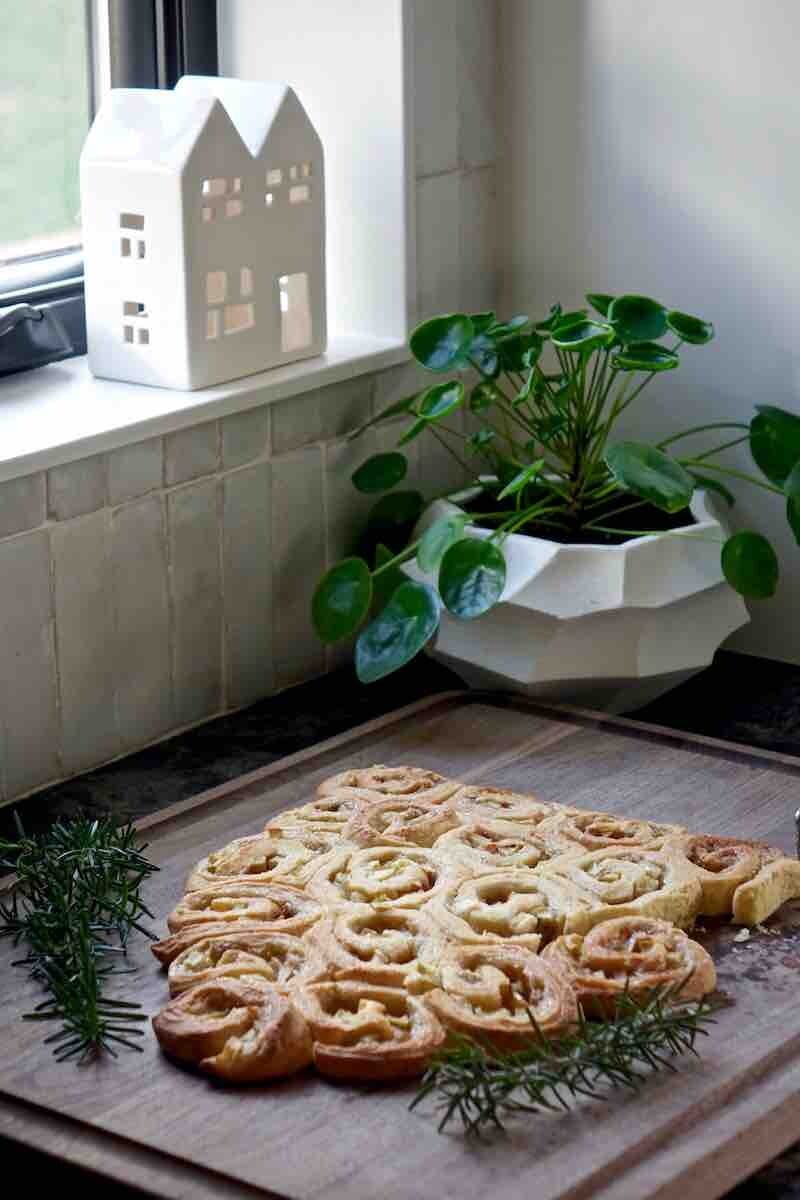 How to Make Apple Cinnamon Rolls? 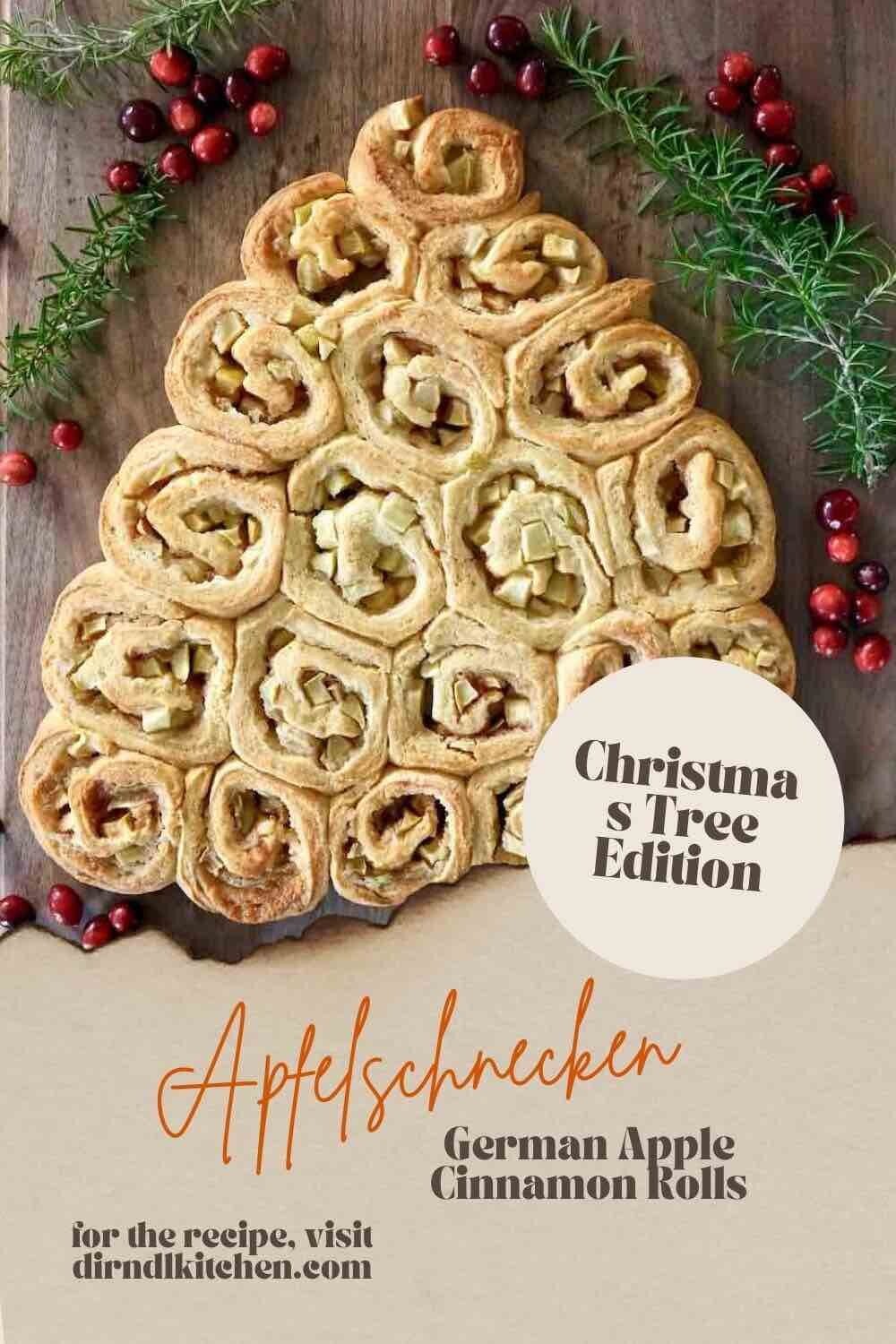 Apfelschnecken are easier to make than you think! And no special tools are required! The yeast-raised dough is brushed in butter, then topped with a thin layer of rolled-out marzipan. No rolling pin? Use a wine bottle! Next, it's the apple chunks before rolling everything into a ready-to-slice log. The slices are brushed with more butter, then topped with vanilla sugar. I love me all the butter and you shouldn't skip these steps. The butter layered into the whole roll really brings amazing flavor to this recipe. I like to have my Apfelschnecken touch while they're baking, which helps them to not dry out as much, but traditionally you would bake them as socially distanced pastries. So maybe that's just me craving some closeness. 😉 I decided to make my German Apple Cinnamon Rolls smaller than usual (simply make your rectangle bigger when rolling out the dough) and arrange them in a triangle to resemble a tree. 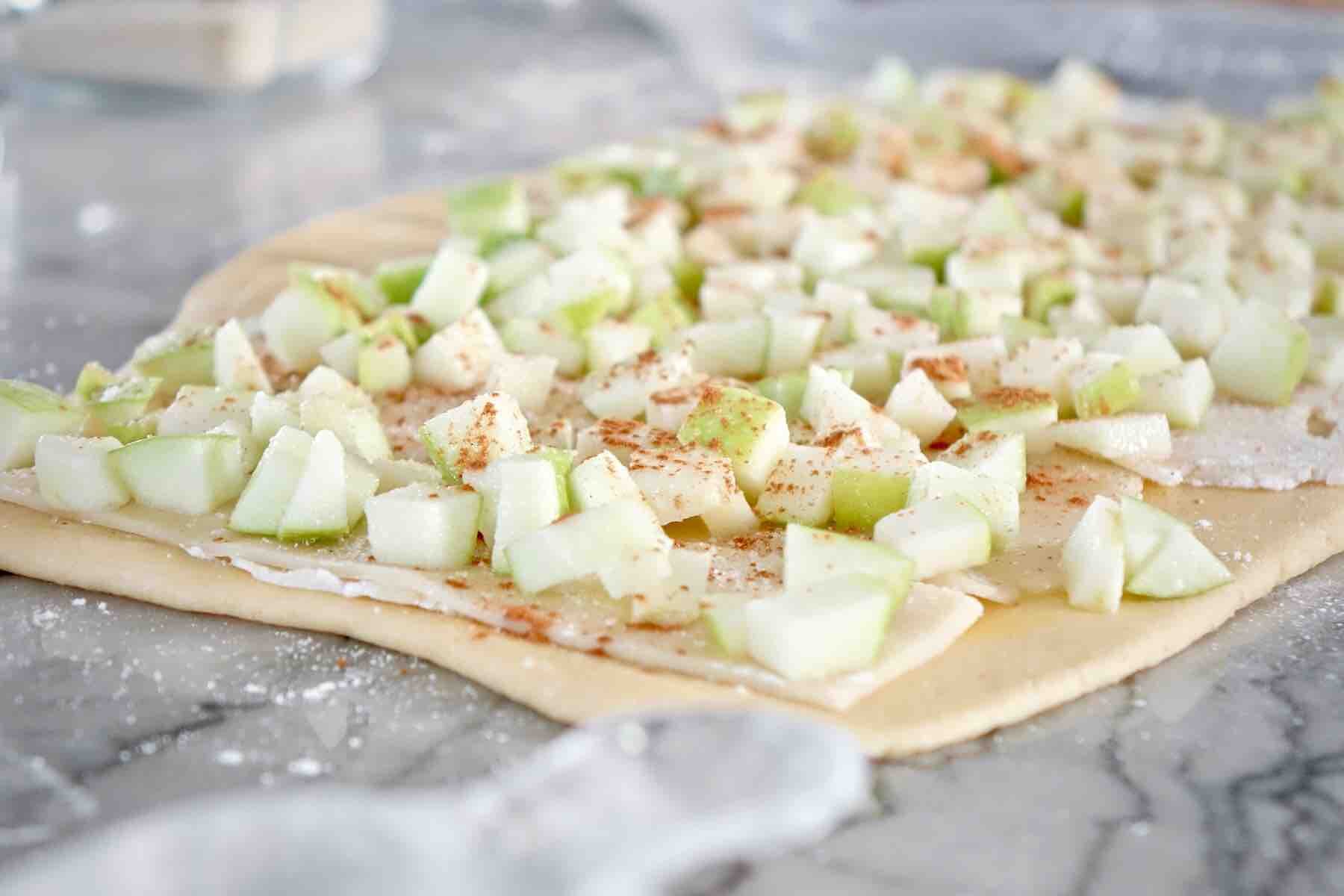 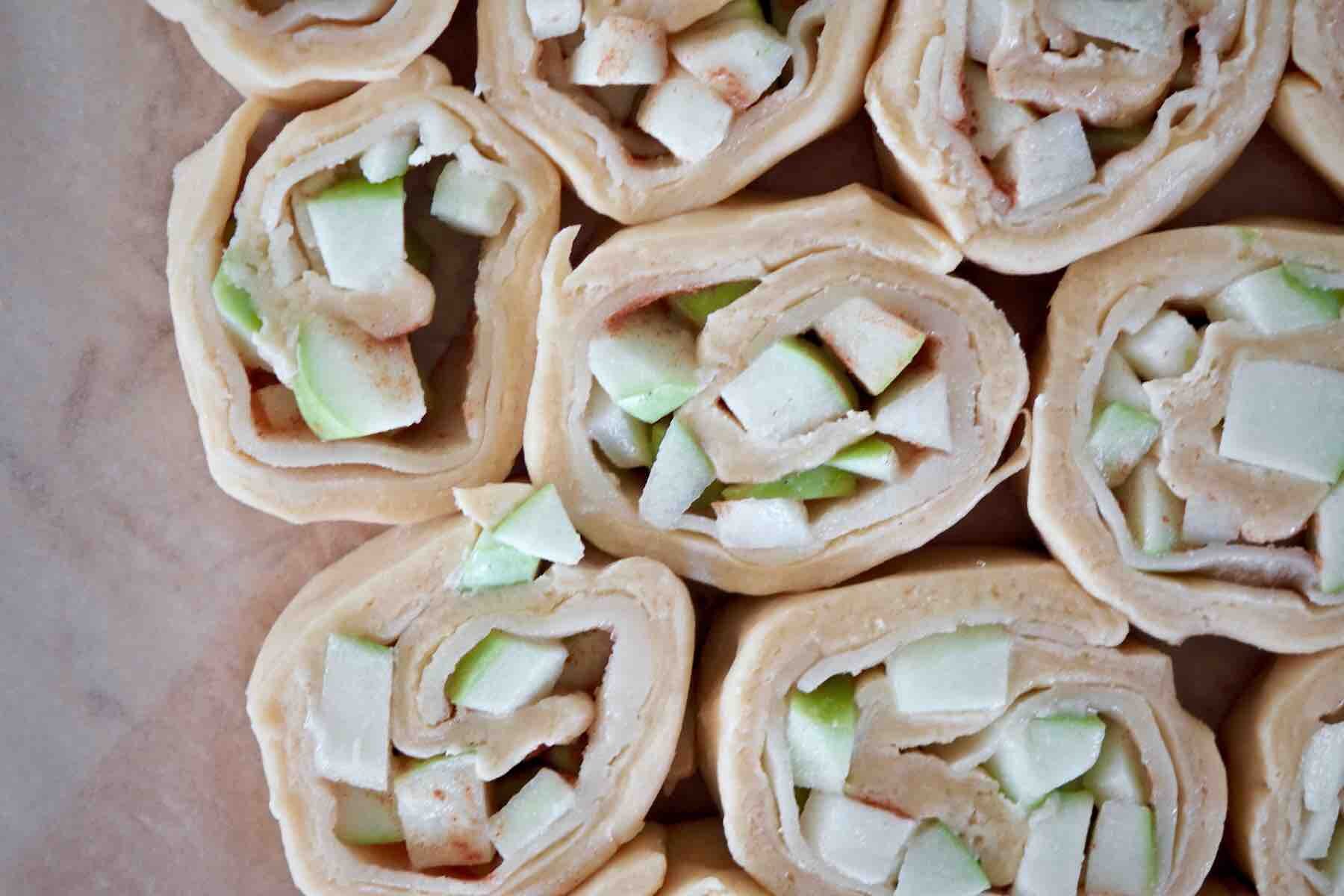 Vanilla sugar (Vanillezucker) is a standard ingredient in German baking and not as easy to find in the United States. In most cases, vanilla extract can be used instead. However, sometimes you just want to stay true to how Germans do things and use the real vanilla sugar (like in this recipe).

You can easily make vanilla sugar at home by letting scraped-out vanilla bean pods and sugar sit in a small, airtight sealed container (for example, after baking Vanillekipferl, for which you'll need the vanilla seeds). Shake it up every now and then to really get the flavor to get to all the sugar.

Don't have vanilla sugar handy? Just use plain sugar, then add a teaspoon of vanilla extract with the lemon juice when marinating the apples for your Apfelschnecken.

Nope, it wasn't Cinnabon. Rumor has it that they originally appeared in Sweden. They eventually then made it to Germany and the US via Swedish immigrants. So whatever idea you had about cinnamon rolls having to be covered in thick, gooey frosting, just know that Europeans don't do that (not that I don't also love me a good American cinnamon roll!). But don't worry, the calories did not go missing with this recipe. 😉 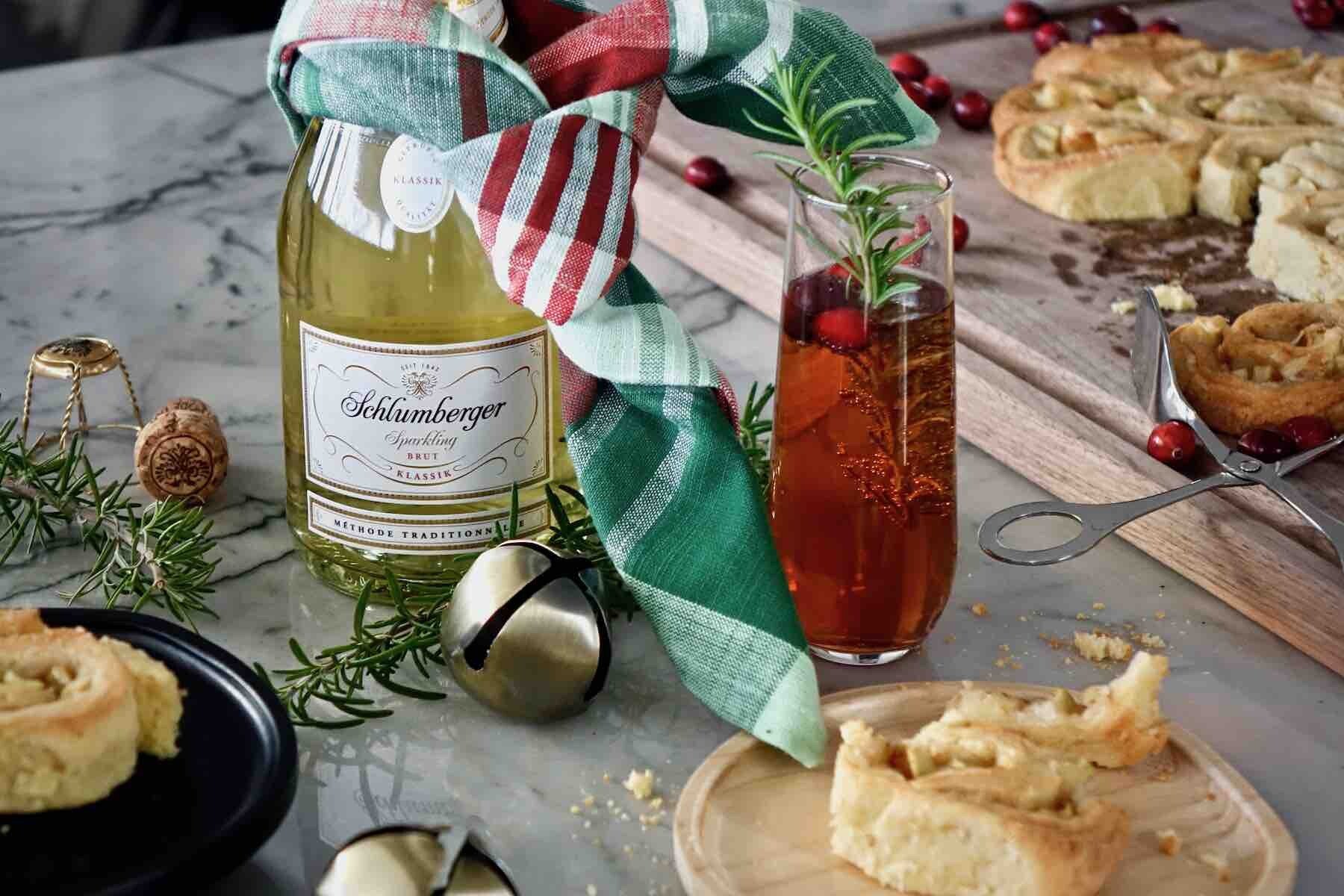 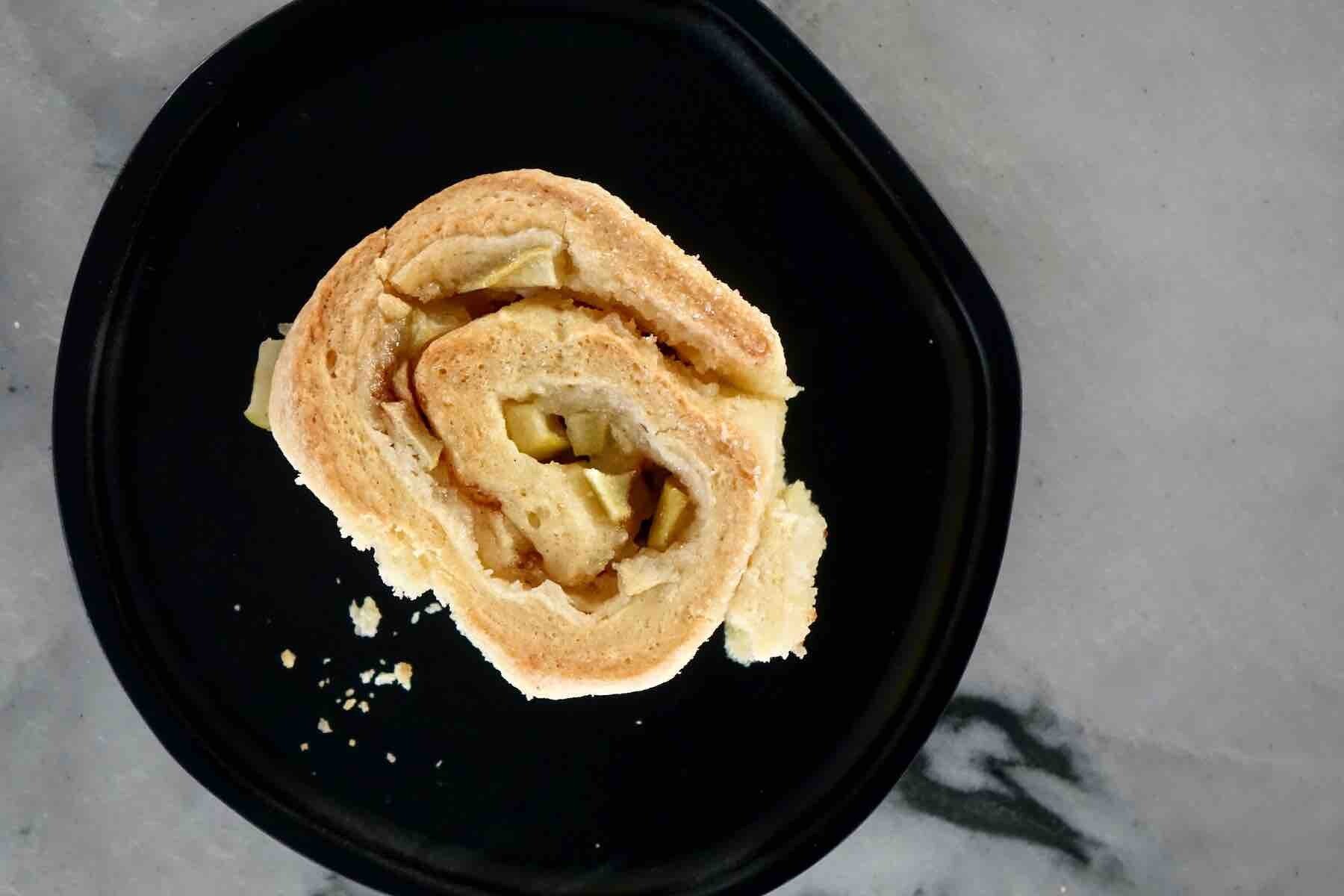 Of course MIMOSAS were fist to come to mind when thinking brunch! And because 'tis the season, cranberry mimosas sounded like a great choice! I love Schlumberger Brut sparkling wine from Austria, as it's prepared using the traditional champagne method at a fraction of the cost and tastes amazing. Simple combine with some cranberry juice, then garnish with fresh cranberries and fresh rosemary twigs. Prost! Find out where Schlumberger is available near you. 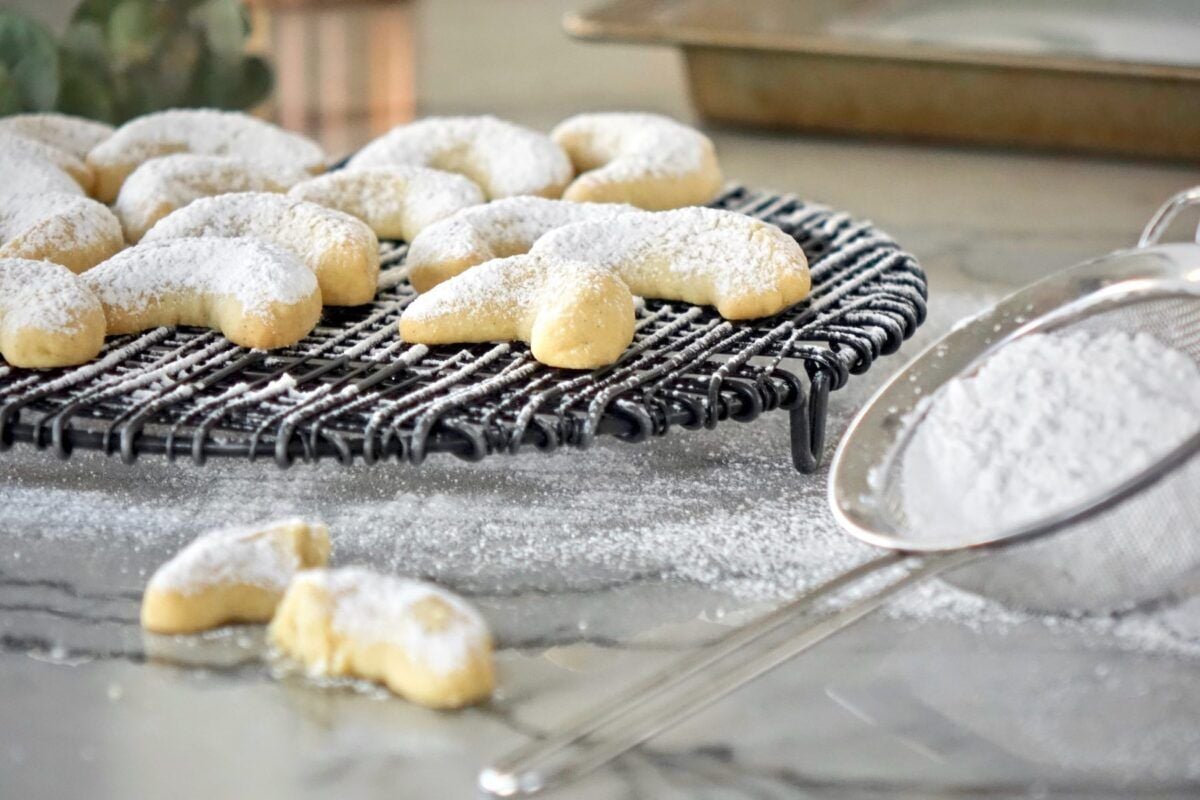 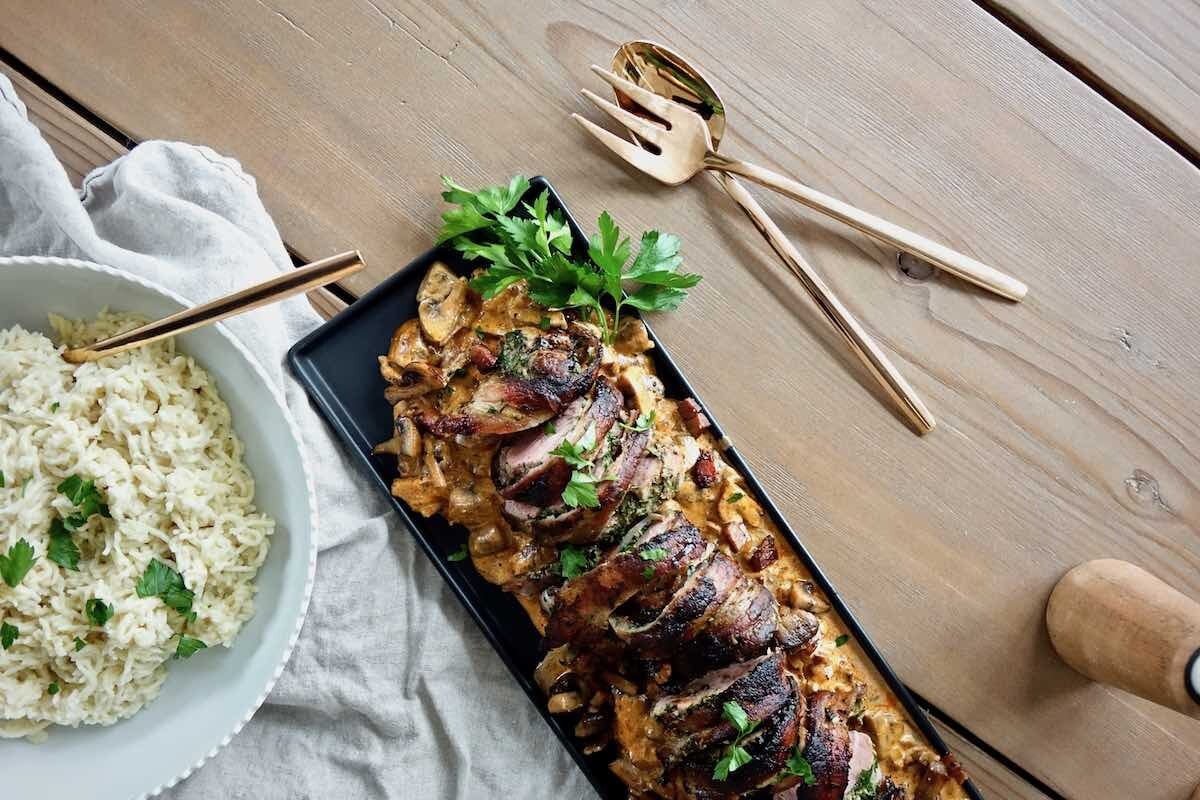 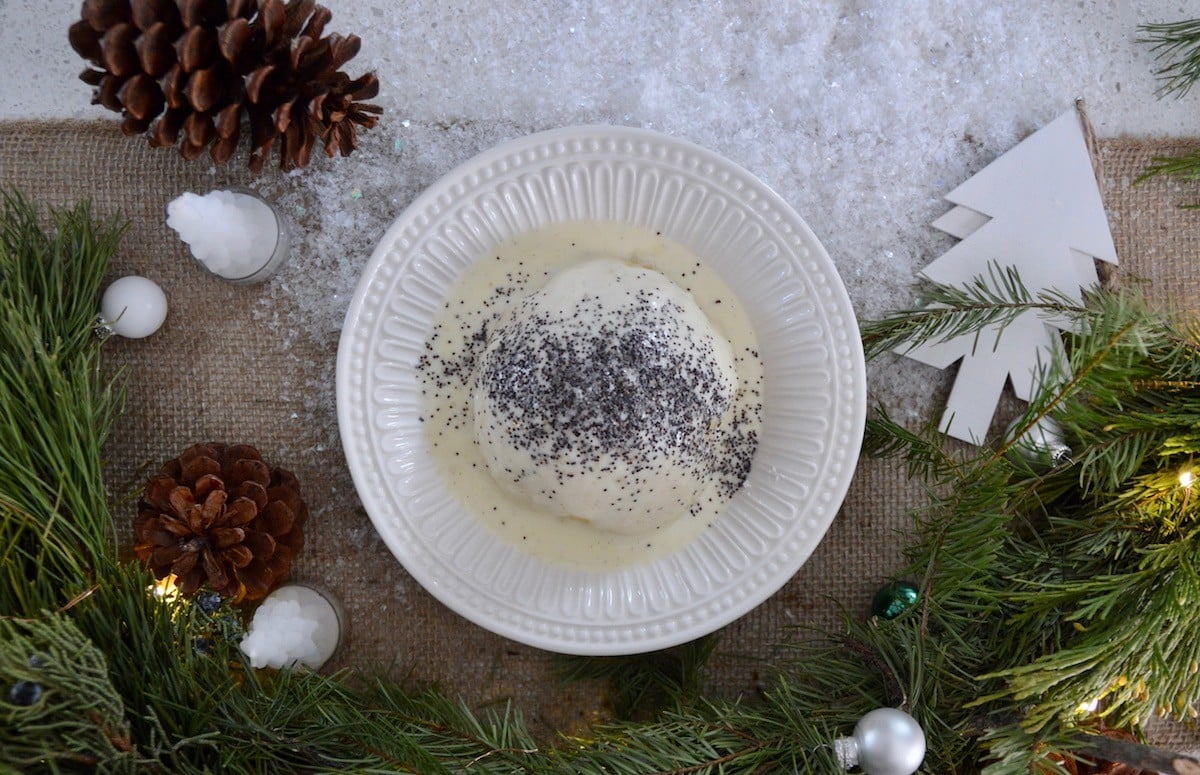 Christmas time is here! Make sure to subscribe to my blog now, so you're not missing out when this new German Christmas recipes go live! 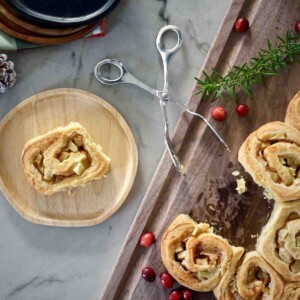