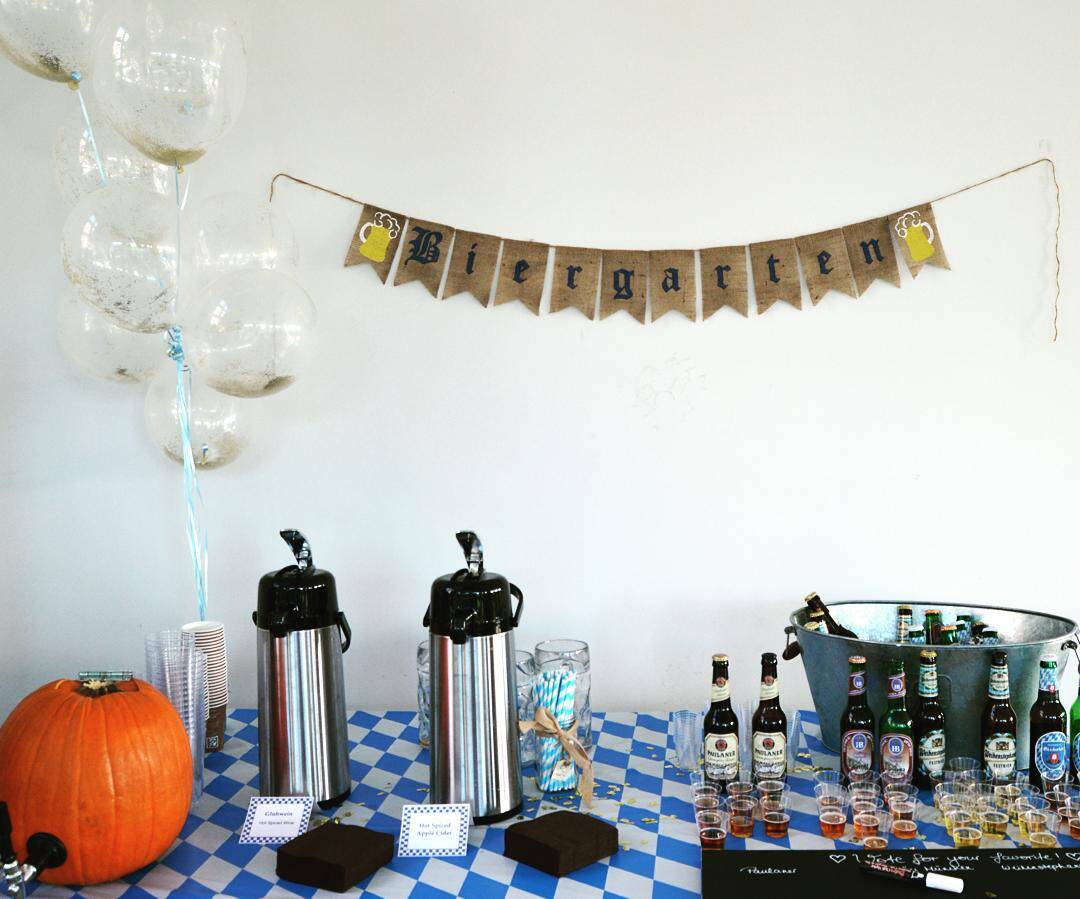 We decided that the moon and stars finally aligned in the right way to celebrate our engagement two Saturdays ago on October 10th. And with our German fairytale castle wedding (did I say castle??) still 10 months away, we have reached half time and used this excuse to add a punch of excitement for the upcoming festivities. With the tremendous help of Jason’s family (you guys are incredible!), we pulled together this oh so German Oktoberfest themed engagement party featuring authentic-as-can-be German food such as Bratwurst, Sauerkraut, Bratkartoffeln (pan fried potatoes), Zwiebelkuchen (onion pie), Brezeln (pretzels), Obatzda (a Bavarian cheese dip), Schwarzwälder Kirsch Kuchen (black forest cherry cake), Streusel cake and more yummy goodness (are you drooling yet?)!

Now imagine all of this accompanied by German folk style Oktoberfest music, sitting at long tables decorated with gingham blue tablecloth, beer confetti and white daisies in mason jars. Then take a second or two to admire the beautiful buffet table below, the I-wish-they-were-edible pretzel balloons that Northstar Balloons sent me for the party …and my extremely handsome fiancé in Lederhosen of course! 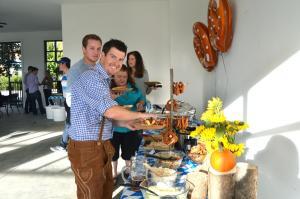 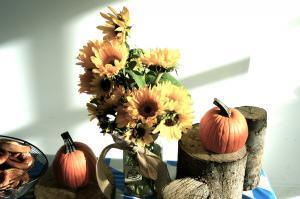 To get the party started, we filled the largest 5 dollar pumpkin we were able to find at Henhouse with local Freestate Oktoberfest beer for some homemade pumpkin beer. I must say that while pumpkin taste was not as obvious as I expected it to be, it made for a pretty cool presentation! We also asked everyone to be brutally honest (it’s the German way!) and vote for their favorite of 4 different Bavarian beers (We tried to have all 4 be Oktoberfest beers, but Hofbräu didn’t sell one 🙁 The other 3 were Paulaner, Weihenstephaner and Spaten; Paulaner won!). 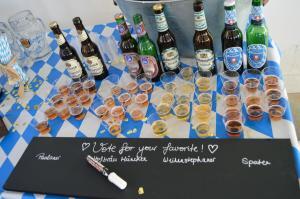 For the chillier evening hours, Glühwein was the grand star. This is a hot spiced wine that can either be prepared with white wine or red wine and is very easy to make. For the red version, all that is needed is:

Bring 1 bottle of wine (.75 liters) and a lemon cut into slices to a boil. Remove from the stove. Add 3 tablespoons of sugar, the peel of half an orange, 1 stick of cinnamon, 3 cloves, a pinch of cardamom. Let steep for 10 minutes before pouring into hot cups to serve. Voilà! Glühwein is extremely popular at christmas markets in Germany… oh how I miss them!

Did someone say games?

To help our party guests get off their seats and mingle, we installed this balloon dartboard wall in the colors of the German flag (a little German patriotism doesn’t hurt in this country) and had our party guests pop balloons to win German candy and Maßkrüge (1 liter glass beer mugs) in exchange for their hard earned cash that would go towards our honeymoon to the Maldives! We’re not fully funded yet, and we still take donations! 😉 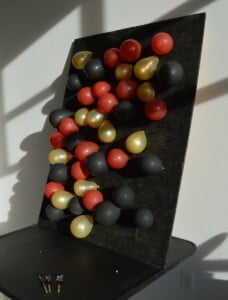 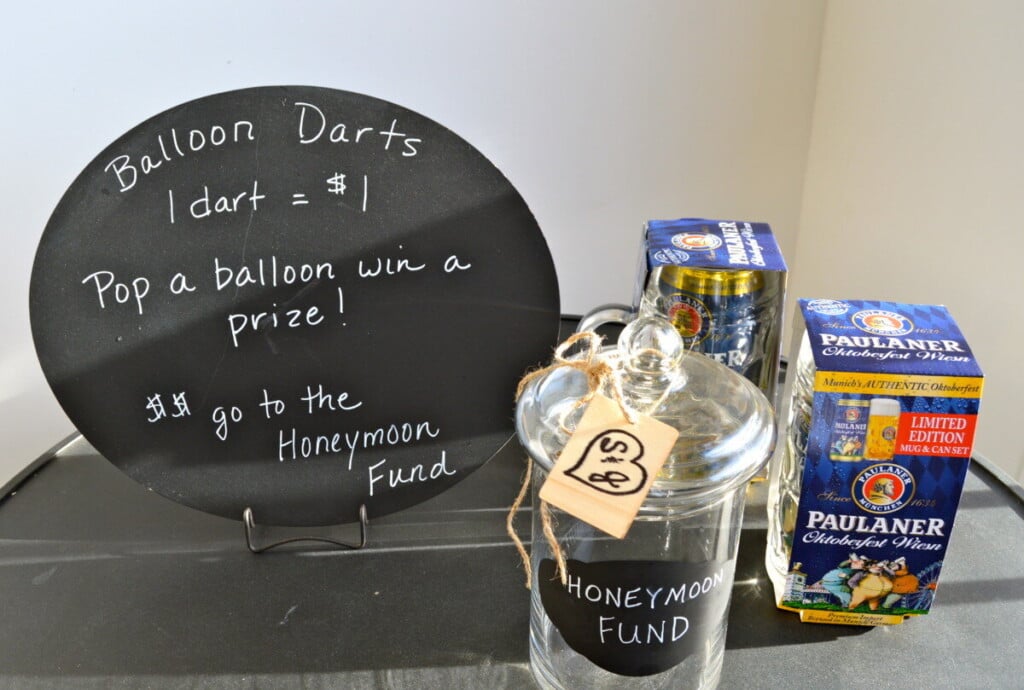 The morning of the party, Jason and I also had the bright idea inspired by a conversation with a friend to build a life-size jenga game using 2 x 4 inch wood studs! And we will get plenty of uses out of this game!

Now the party is over… melancholy has started to settle in… and this motivated us to start the tradition of hosting an Oktoberfest party in our backyard every year going forward! The only thing we need to get better at is taking more pictures to share..!

Stay tuned for a video on how to make authentic German pretzels and Obatzda coming later this week!

Tschüss and see you soon!

Enter your email address to subscribe to this blog and receive notifications of new posts by email. 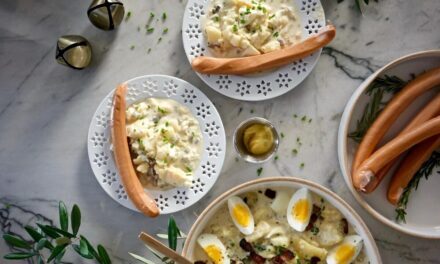 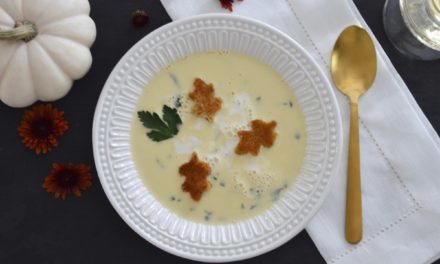 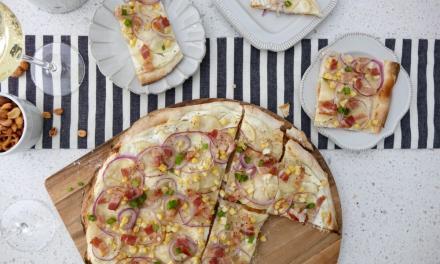