We're eagerly latching onto Spargelzeit while it lasts with white asparagus covered in a lemony, light béchamel sauce and served with ham and potato 'snow.' This is a light and refreshing version of the typical white asparagus with hollandaise sauce and I know you'll love it! 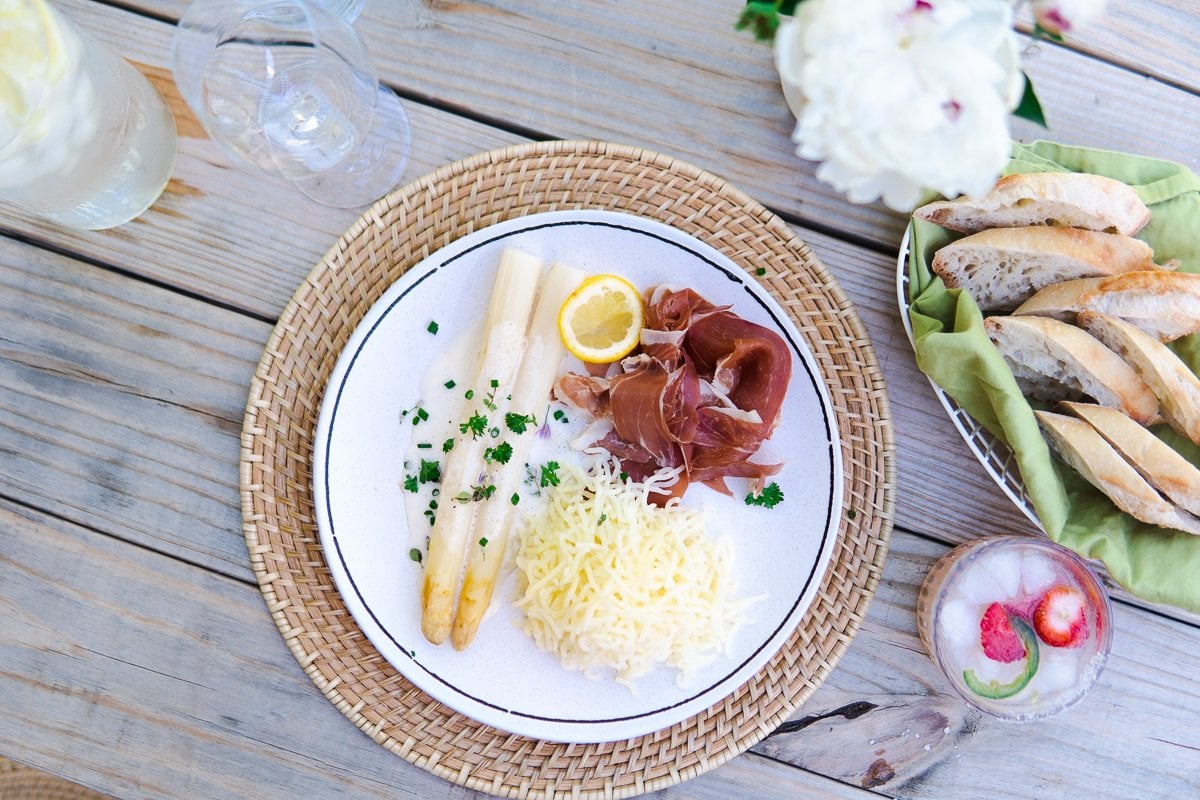 I am an absolute white asparagus lover! I'll call it the lobster of all asparagus because the taste and texture are so mild and delicate and also a bit sweet (and it's typically quite expensive). Preparing white asparagus brings back many fond memories of my mom, sister, and me peeling it in the kitchen together before cooking. That's a task that I don’t miss too much, but it's always good to stock up on peelers, so you can have others help! 🙂 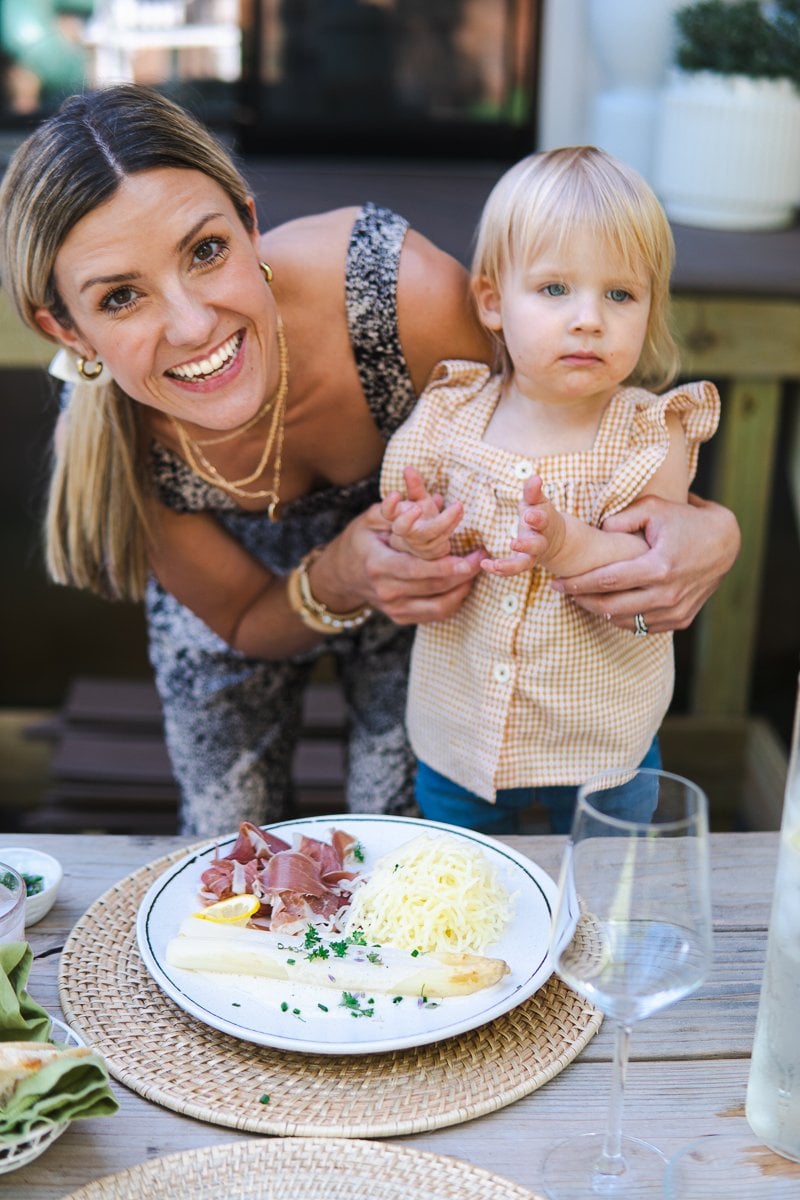 Other great Spargelzeit recipes are as follows: 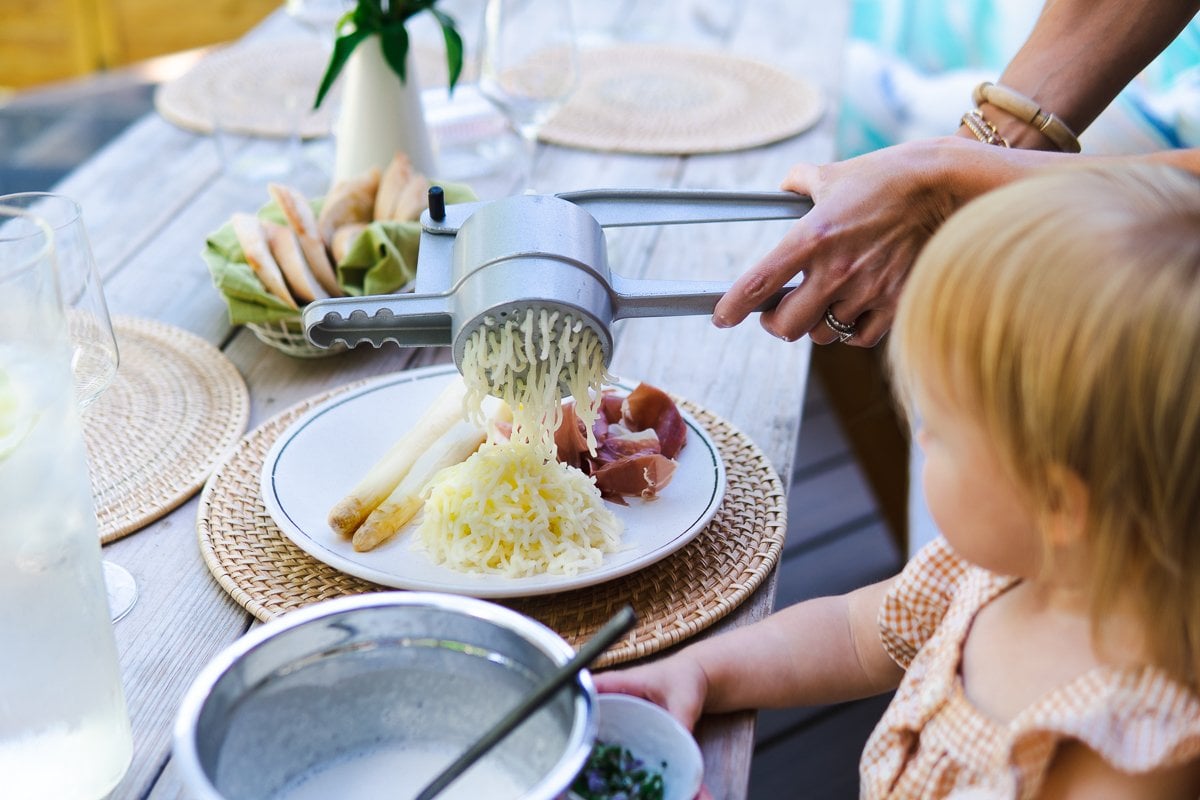 Where To Find White Asparagus In The US 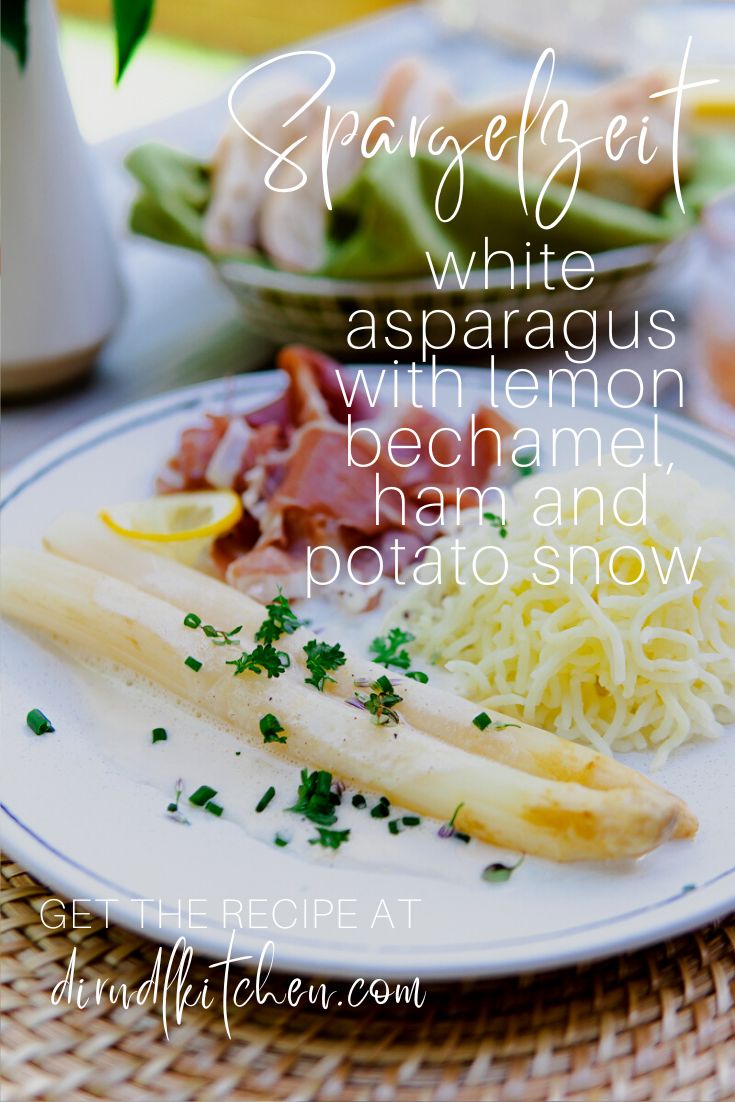 Béchamel instead of Hollandaise

With the asparagus, I am serving an airy, lemony milk foam sauce (a light bechamel version) and fluffy 'potato snow,' aka potatoes that have been pressed through a potato ricer or Spätzle press. The plate is then finished off with thinly sliced ham (you could use salt-cured and dried ham like I did or cooked ham). This super-light white asparagus dish makes you feel like you’re eating clouds of goodness. It’s also super simple and pretty quick to prepare, especially if you are able to recruit someone to help you peel the asparagus spears! 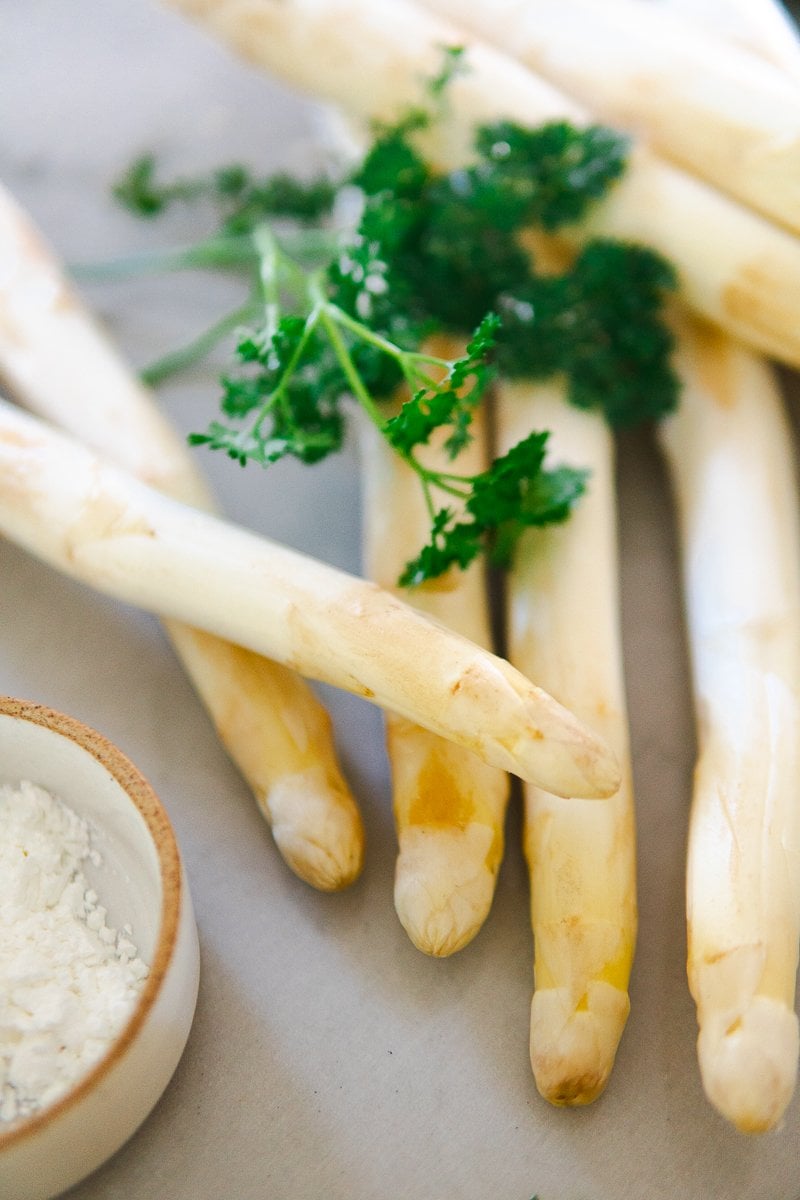 Although this post is sponsored, all opinions, thoughts and recipes are my own. This post contains affiliate links, which means that I may be compensated if you click certain links. 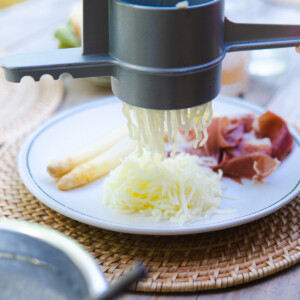