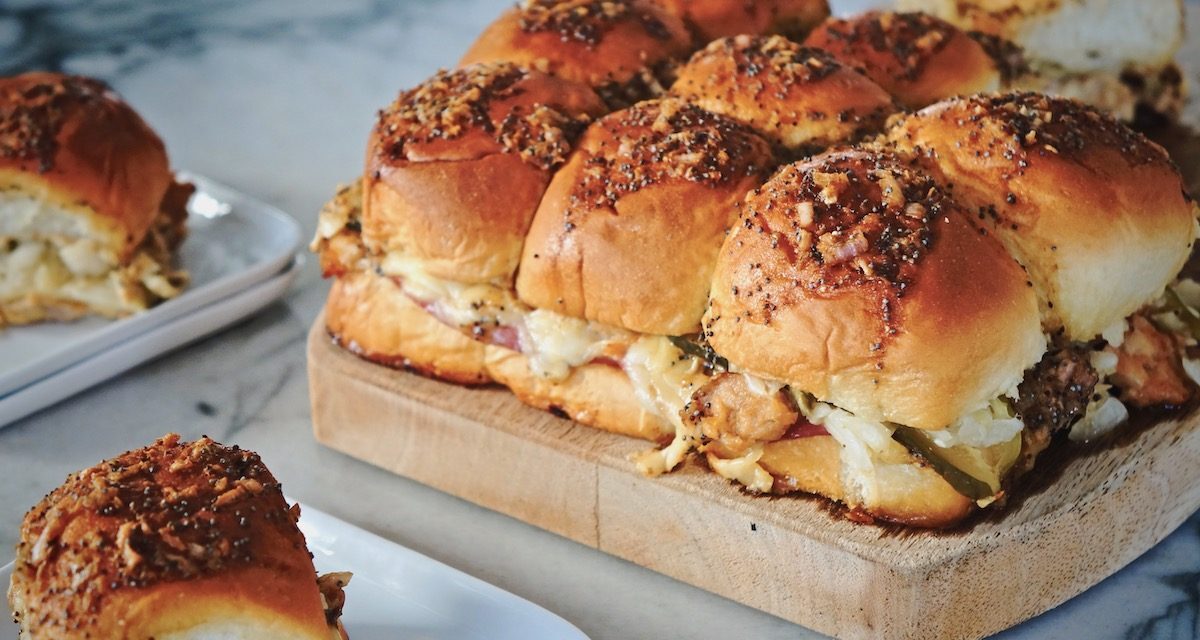 Inspired by the upcoming Superbowl, here a knockout slider recipe that’s been German-approved: adding bratwurst, sauerkraut and pickles to a ham and cheese slider! 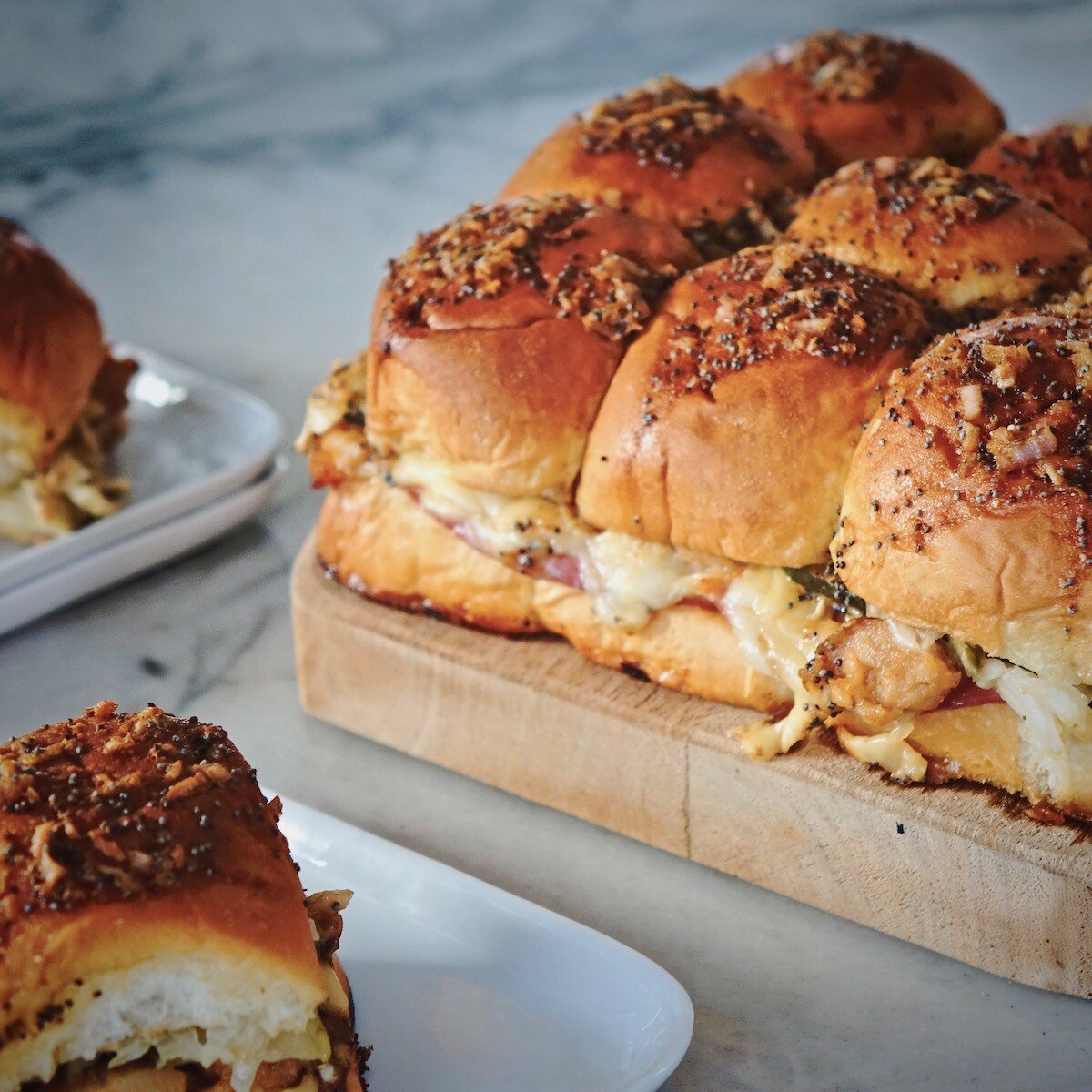 Super Bowl to me in he past was always ALL about the food (okay, I do think some of the ads are funny and the half time show is usually pretty entertaining as well), but then recently the Chiefs started playing way too well and have now ended up in the Super Bowl for the second year in a row! So now I have to pay attention to the game as well 😉 Go Chiefs!

But back to the food because it’s obviously still a very important component to a good Super Bowl gathering. At the last Chiefs game, I got to devour the classic version of this ham and cheese baked slider recipe, which really only piles up ham and melty cheese in between a halved slab of soft, Hawaiian rolls. And then you get that oozy, buttery topping, which is where I fell in love.

That night, an idea for a German-style ham and cheese slider was born in my head. What if I add some crumbled, browned Bratwurst, subbed the standard ‘Swiss’ cheese for a Gouda-Gruyère mix, the Dijon mustard for German-style mustard, threw in some Sauerkraut and finally some pickles? Would that make it feel more German? Would that satisfy my readers’ cravings? I’d say yes! And after making them and tasting them, and going back to taste them again (I had to confirm?), I can with certainty say that these will be extremely popular at your Super Bowl watch party (party of 2 or however many you are)! 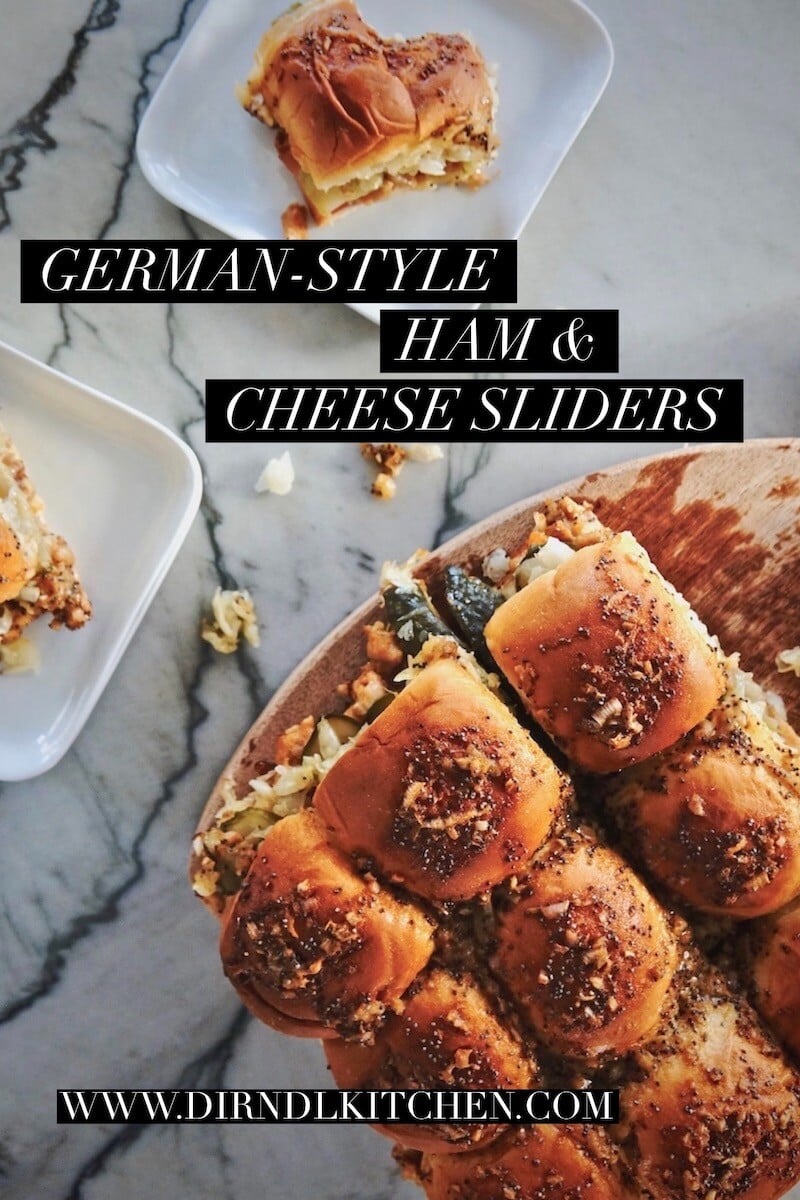 So go ahead, make a batch of these. Shoot make a taste test batch now and another for the game on Sunday if you must. 😉 I won’t blame you. If you’re in Germany, you can sub the Hawaiian rolls for Brioche or Milchbrötchen and they should taste just as great! And finally, don’t forget to make a batch of the Chiefs Cherry Cosmos and have them ready to shake up for the game!

Scroll on down for the recipe (and Cosmo recipe), now in printable version.

The Chiefs playing in the Super Bowl inspired this super delicious red drink with a gold rim! However, if a Cosmo was German, he’d sure dress up as this Kirsch version. I uses tart cherry juice instead of cranberry juice and a quick, homemade lemon and rosemary syrup instead of the orange liqueur. Finally, it’s shaken to perfection with the smooth, elegant, Siberian vodka by Mamont. 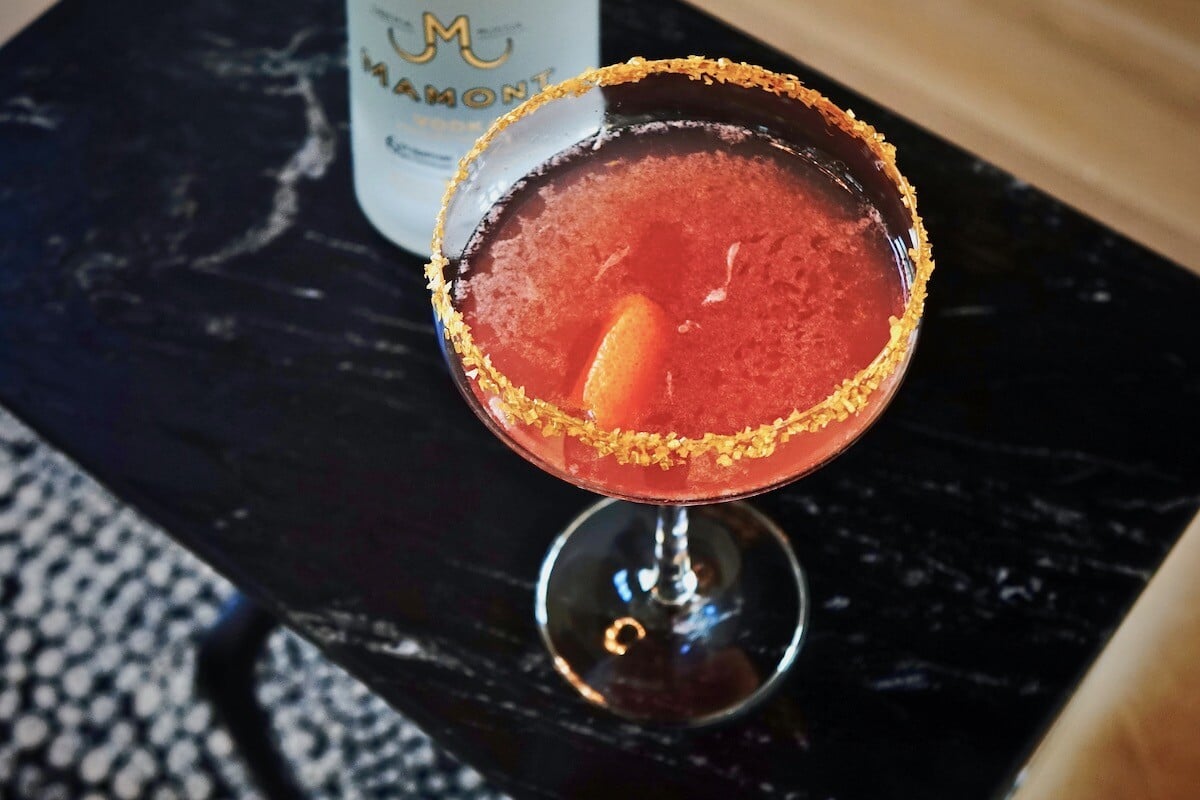 Make the lemon rosemary simple syrup, combine 5 oz (150 ml) of filtered water with 1.5 c (300 g) of sugar and bring to a soft boil. Add one twig of rosemary and 1 long piece of lemon peel (try to remove as much of the pith as possible to avoid a bitter taste). Stir vigorously for 3 minutes or until the sugar is dissolved. Remove from heat and allow to cool.

To make the Kirsch Cosmo, shake together the following ingredients with some ice, then pour into a martini glass:

These are perfect made in a large batch ahead of time. I usually make 10 and fill them into a reusable liter bottle. To find out where Mamont vodka is available in your area, fill out the short product finder form. 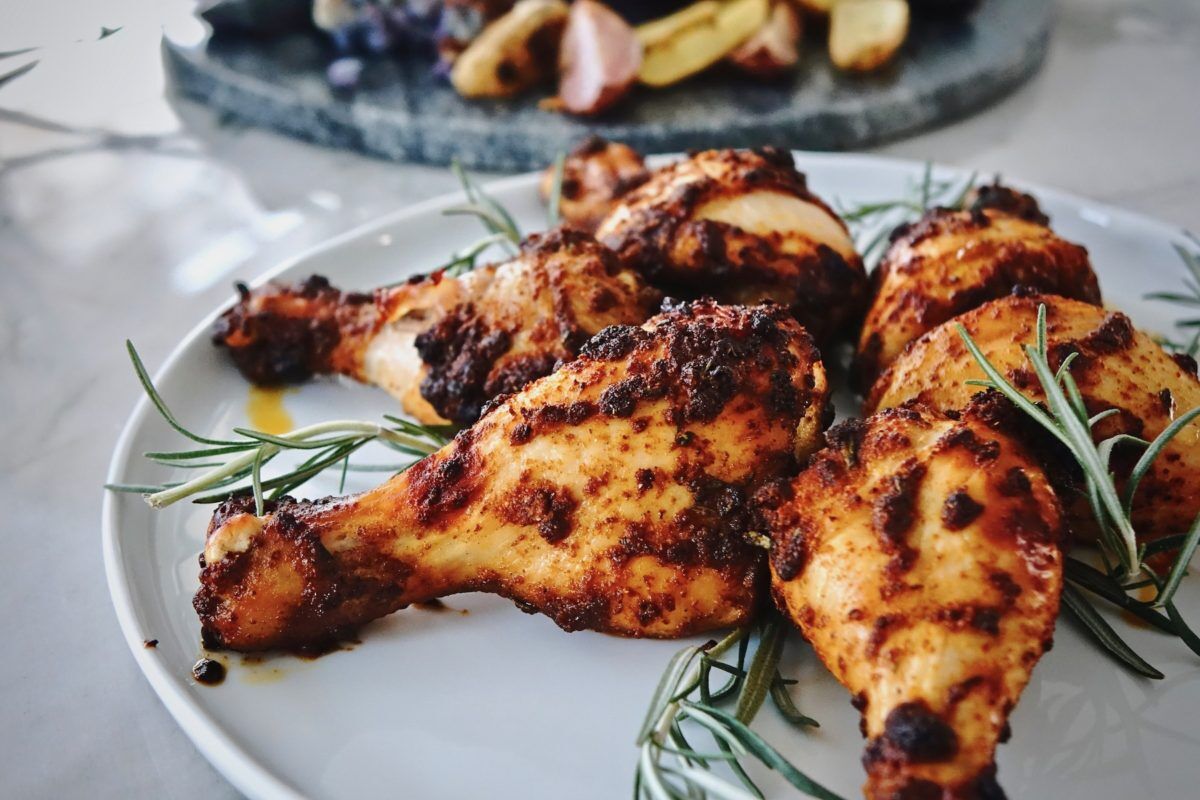 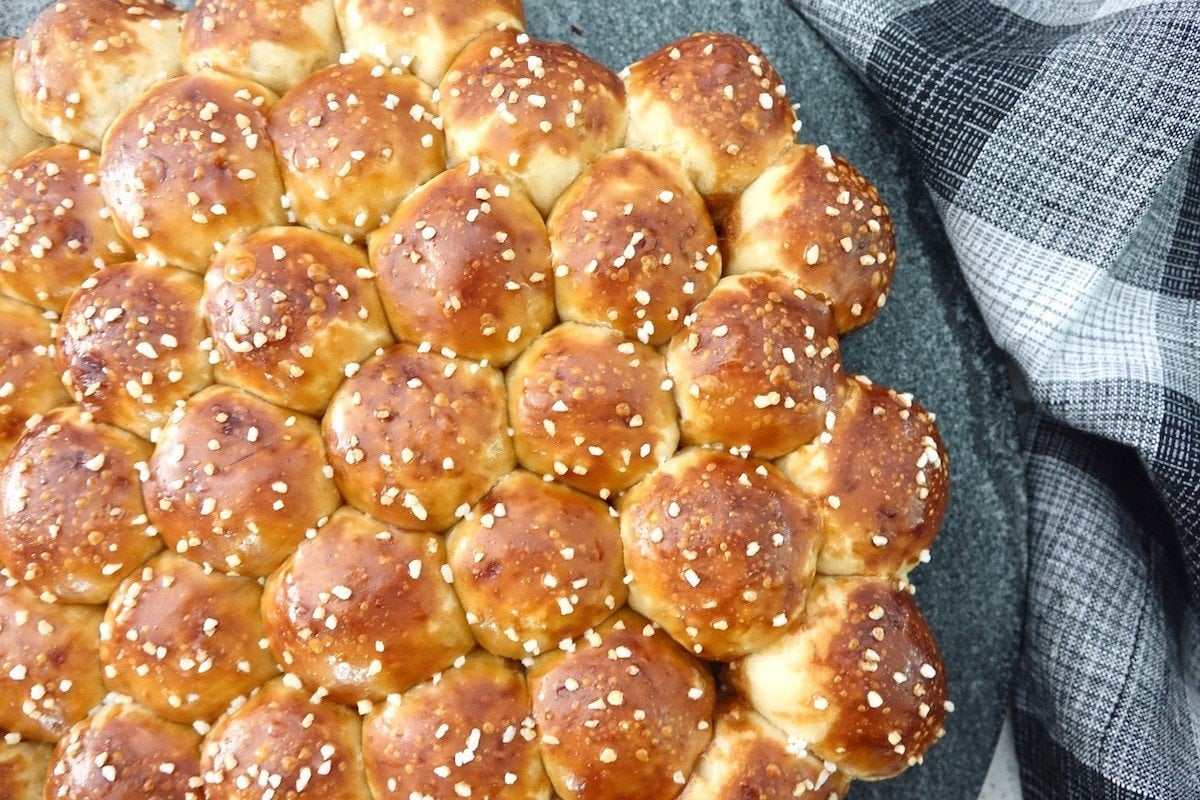 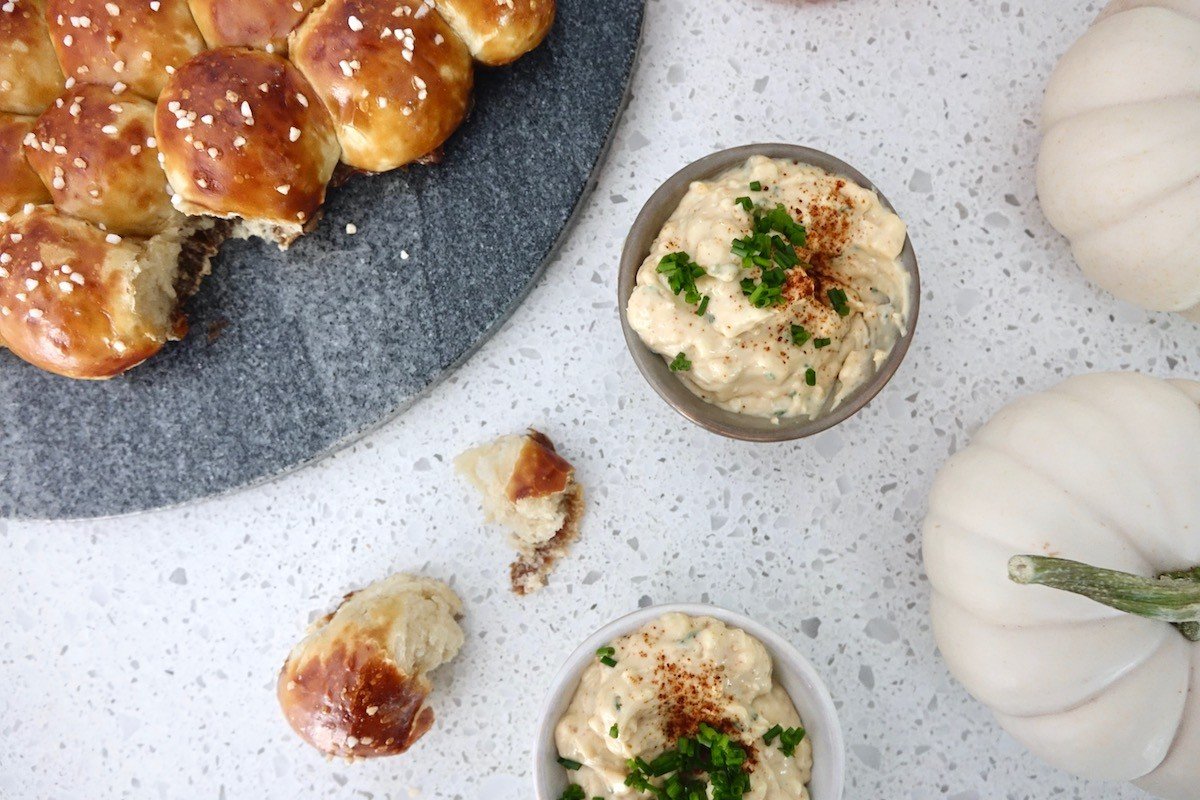 Käsekuchen or German cheesecake is surely my favorite German cake. And that’s a toughie! This next creation is one you won’t want to miss. Make sure to subscribe to my blog now, so you’re not missing out when my new recipe posts goes live! 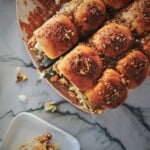 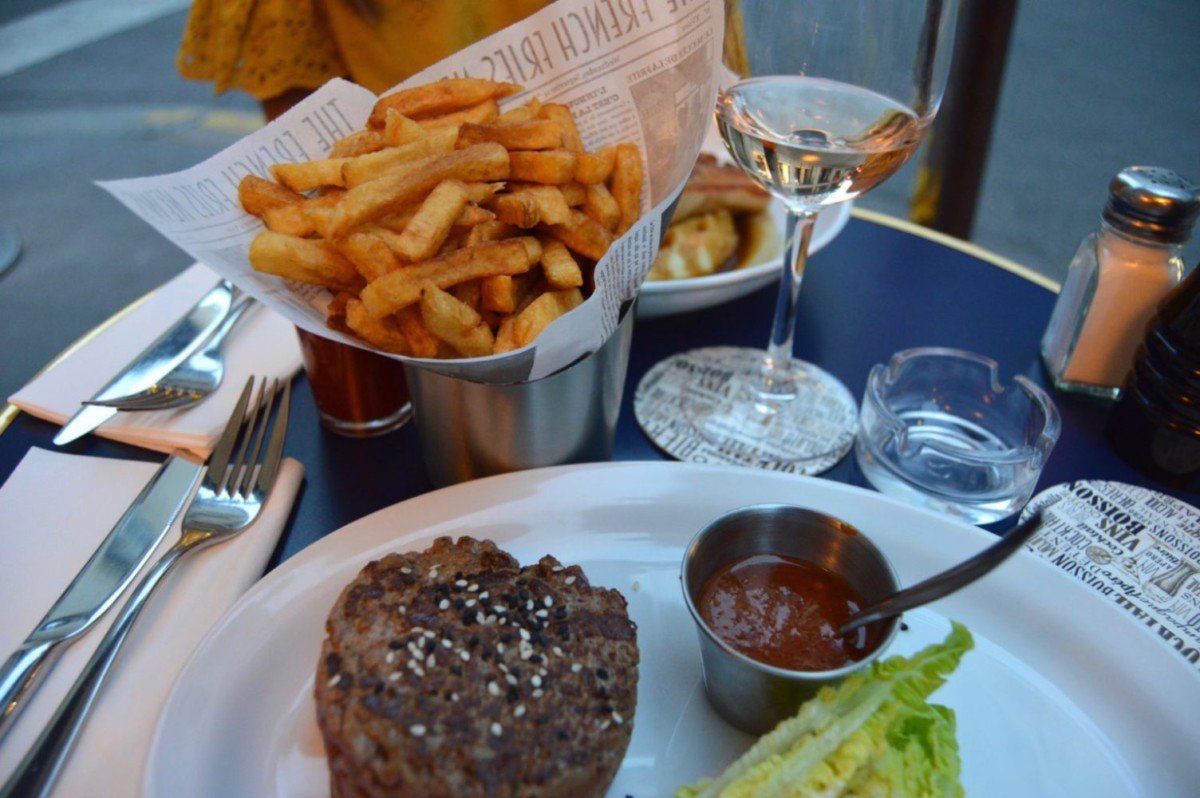 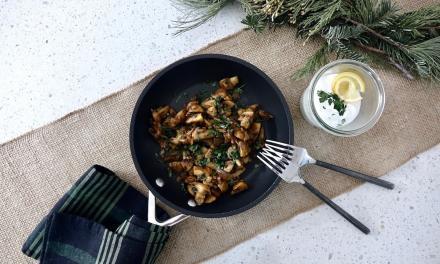 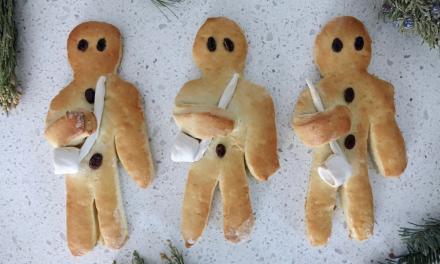 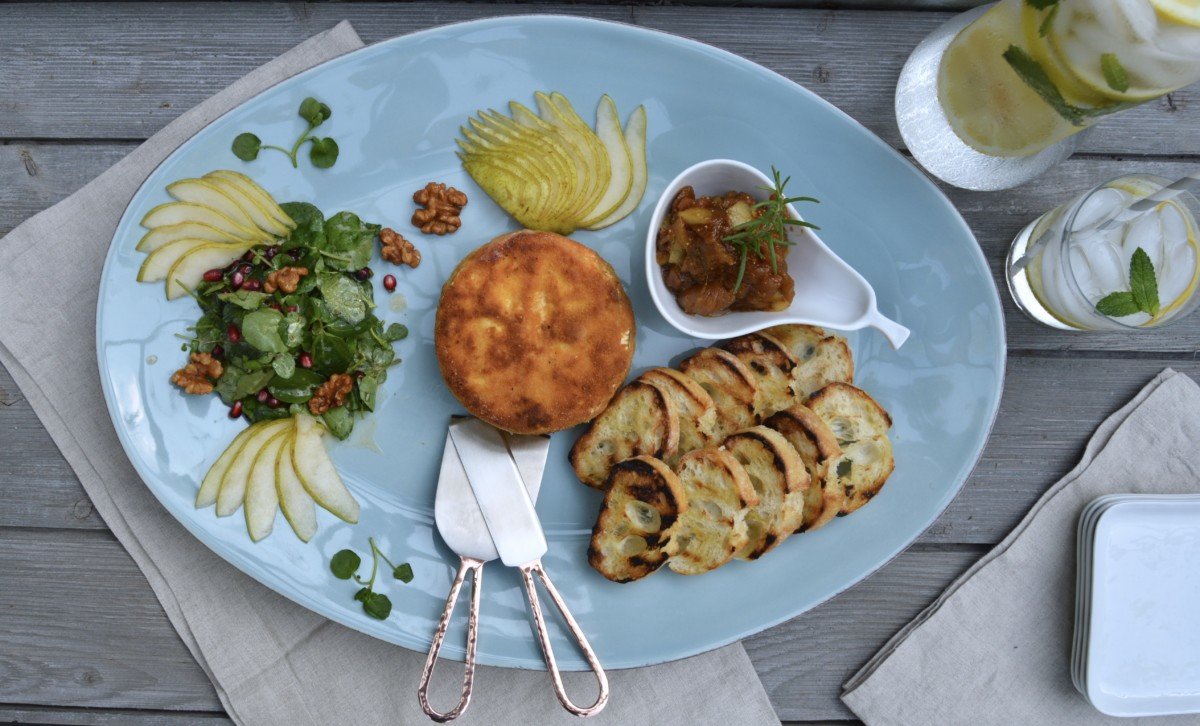